An Alden man is facing prison time after being charged with first-degree methamphetamine possession. 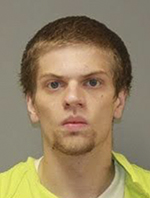 Neely was on felony probation at the time of the alleged incident and had received a more than four-year stayed prison sentence after being convicted of second-degree meth possession in March 2015.

A small torch and a lighter commonly used to smoke meth were found at the residence, court documents state.

As the search went on, Neely and another person at the residence reportedly argued about who should take responsibility for the items.

Neely’s next court appearance on the charges is July 7.

First-degree meth possession carries a maximum sentence of 40 years in prison and a $1 million fine.