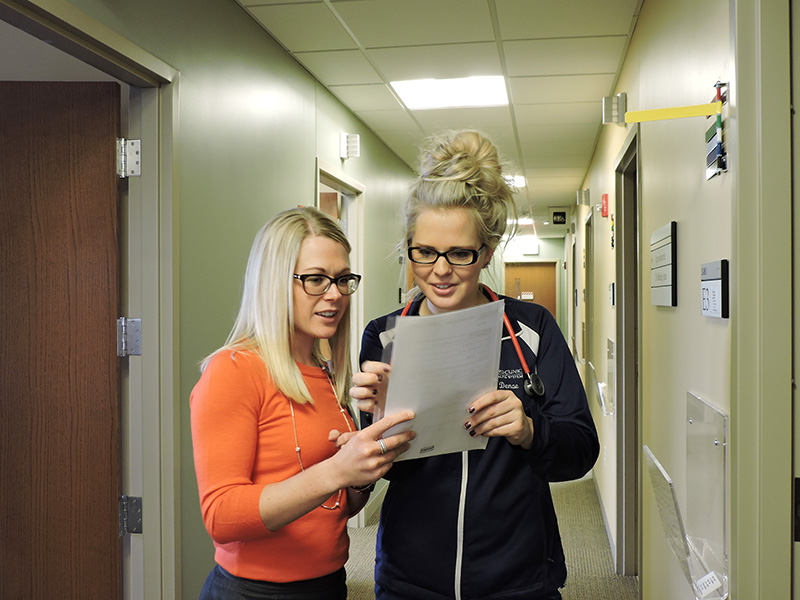 Woman has since joined other community efforts

Snowy peaks ascending into a pristine sky. A place so beautiful that the view is a distraction from the frigid temperatures.

Originally interning and completing two clinical rotations in a place much like this, Hayward native Brittni Lair, 26, believed she would end up living in Colorado until something drew her back home to Minnesota.

According to Lair, that something was a job.

“I joined an amazing team here, and it was way too good of an opportunity to pass up,” Lair said of the offer to come work at Mayo Clinic Health System in Albert Lea. “I knew that I would be learning from the best people, and it would be a perfect fit.”

The 2008 Albert Lea High School graduate returned in May after completing her undergraduate degree at Wartburg College in Waverly, Iowa, and receiving her master’s degree from Union College in Lincoln, Nebraska. In July, she began working as a physician assistant underneath supervising physicians Mark Ciota and Michael Eckstrom in the orthopedic department.

“Dr. Ciota and Dr. Eckstrom — they’re both great teachers,” Lair said. “They are willing to teach; they want to teach.” 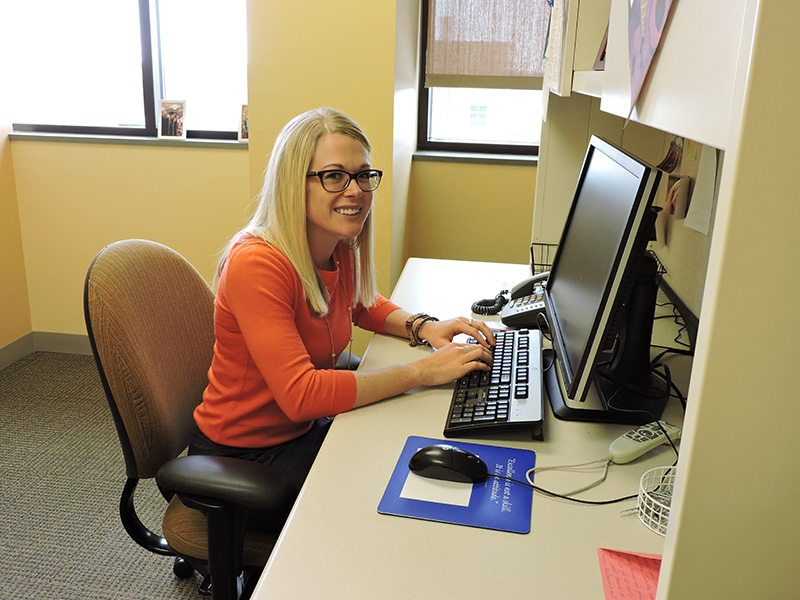 Lair said not only are both of the physicians good at what they do, they are also great physicians to work with. She also enjoys working with fellow physician assistant Brie-Anne Tubbs.

“She’s fun to be around and we also make a great team,” Lair said. “I think we have great nurses here, too.”

Lair said there are not many departments like the orthopedics department she works at, referencing the years many of the nurses have been with the department. The reasoning for that is quite simple to Lair.

“We run a very busy practice, but everybody likes their job,” she said. “It’s a happy place to be.”

Lair also loves the diversity of both the patients she sees and the environments in which she sees them.

She covets the variety and the hectic schedule.

“I knew looking for a job that I needed to be busy and I needed a variety because I’m a go-go-go kind of girl, and I could not just sit and see something simple day in and day out.”

On days she is in clinic, Lair works off the schedules of her supervising physicians or sees her own patients. She’s on call two nights a week through both urgent care and the emergency room, does rounds on patients in the hospital and helps with discharge orders.

Her favorite part of the job, however, is assisting with surgery.

“In surgery we get to be first assist, which is amazing,” she said. “We get to do all the really fun stuff like drill and saw and lots of suturing and fracture reducing — things like that.”

Ultimately, Lair aspires to be the best provider she can be and to continue to contribute to her team. She looks forward to one day raising a family here.

In her spare time, Lair teaches fitness classes at the Albert Lea Family Y and is a figure skating coach through the Albert Lea Figure Skating Club, which allows her to be active in the community.

“The community itself has a lot to offer,” Lair said. “It’s becoming better than it’s ever been.”

Lair moved back because of a job offer at Mayo Clinic Health System in Albert Lea.

7 Years Lair spent away  from the community for schooling

9 Months she has been home