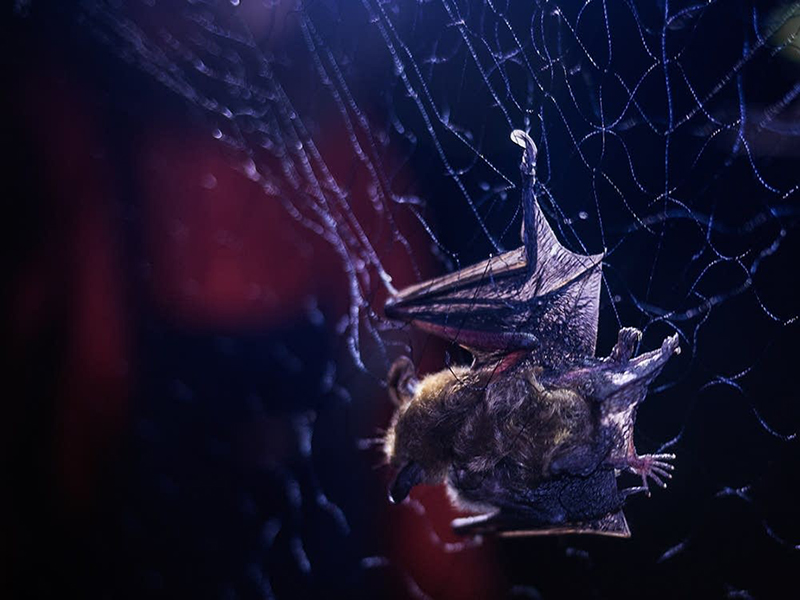 A northern long-eared bat is captured in a net in Itasca State Park on June 15. - Monika Lawrence/For MPR News

Ron Moen’s research crew had been checking their nets for about an hour in the night woods when they caught a little brown bat with the telltale signs.

“There’s some light splotching on the left wing,” scientist Morgan Swingen noted, the likely evidence of white nose syndrome, the disease that has killed millions of bats across the eastern United States and threatens to decimate colonies in Minnesota.

Three years after the fungus that leads to white nose was found growing in two major Minnesota bat caves, the disease is here. State conservation officials in March confirmed that several hundred bats found dead over the winter in northern Minnesota were infected.

There is no cure. Instead, researchers at Itasca and at more than a dozen sites across the state are focused now on trying to help bats survive by understanding the summer habitat they use to reproduce and raise their young. The data will help develop ways to manage the forest, hopefully, in time to protect the threatened bats. 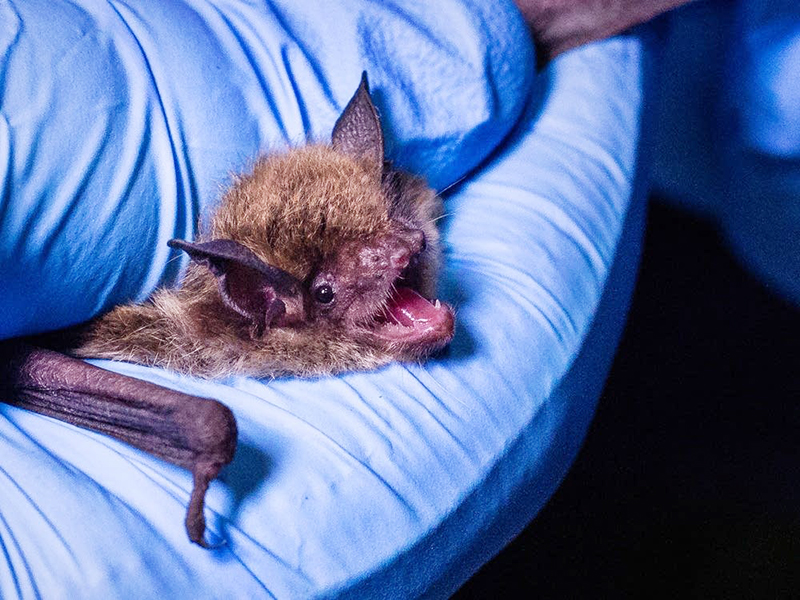 A die-off, though, seems inevitable. The full blow of the disease typically hits about two years after the disease shows up in the caves where bats hibernate, said Moen, a scientist with the Natural Resources Research Institute at the University of Minnesota Duluth.

“When white nose hits and you lose 90 to 95 percent of the bats,” he said. “They’re going to have to recover with successful reproduction.”

Bats are voracious bug eaters crucial to Minnesota’s ecosystem. A single bat can devour 1,000 insects an hour. Bats provide millions of dollars of pest control for farm crops, according to the Minnesota Department of Natural Resources.

Despite their importance, bats are not heavily studied, so there are more than a few mysteries about where and how they live.

At the Itasca site, research has focused on the northern long-eared bat, a species that’s been hit especially hard by white nose syndrome and is now listed as threatened under the federal Endangered Species Act. 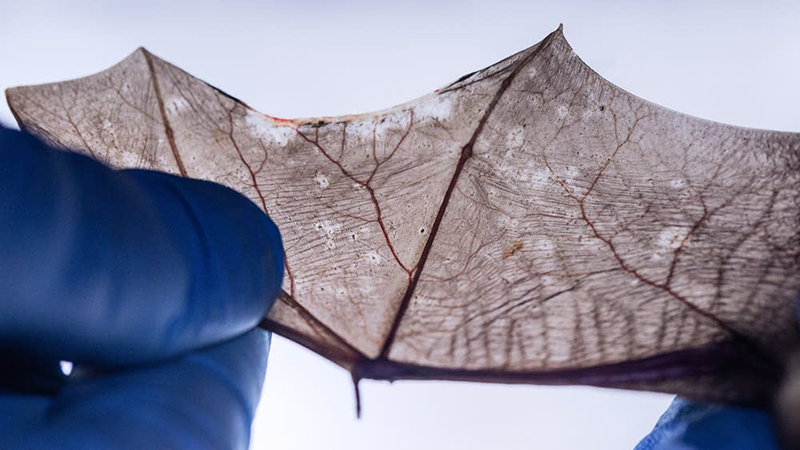 The Itasca researchers snag bats using a nearly invisible mesh net 25 feet tall stretched across a trail in the woods.

“The thing about bats with their echolocation, they can actually detect as fine as a human hair. But the problem — well the problem from a bat’s perspective — is that they can’t detect it quick enough so that they can avoid the net,” explained Moen.

Humans can’t hear most bat calls. But by using special recorders, scientists can learn to identify which species are flying in certain areas of the forest. That can help pinpoint areas where the threatened northern long-ear is raising it’s young.

While there’s no shortage of tree habitat in northern Minnesota, timing is crucial. If loggers cut trees in June and July, they could kill baby bats living in the trees.

As the sky neared dark, the Itasca crew raised three nets over two trails, checking them every 10 minutes.

Near midnight the crew catches what they’re after — a female northern long-eared that appears to be pregnant.

Researchers glue a tiny radio transmitter to her back. The following day, scientists will track the bat to the tree where she spends daylight hours.

A cavity or crevice in a tree might be home to a single bat, or dozens of female bats, a maternity colony where baby bats called pups are born. After the pups can fly the bats will move around the forest until it’s time to return to a cave in the fall.

Moen said he hopes to have tracked 150 bats to their roost trees by the end of next summer.

On this night, his team caught seven bats, including the brown bat with the lesions on its wings. The disease can eat away the edges of a bat’s wings and can lead to unusual behaviors.

Experts say dehydration caused by the fungus can send bats on a search for something to drink during cold weather. When they leave caves they freeze to death.

It’s a bit surprising to see signs of white nose at Itasca, Moen added. The old Soudan mine, home to Minnesota’s largest bat population, is more than 100 miles as the bat flies, farther than bats normally travel.

“Unless these bats are actually going all the way back to the Soudan mine it’s possible there’s another hibernacula in Minnesota that’s infected,” Moen said. “We don’t know where that is, but it would be nice to know in the future.”