Bomgaars prepares to open next week in Albert Lea 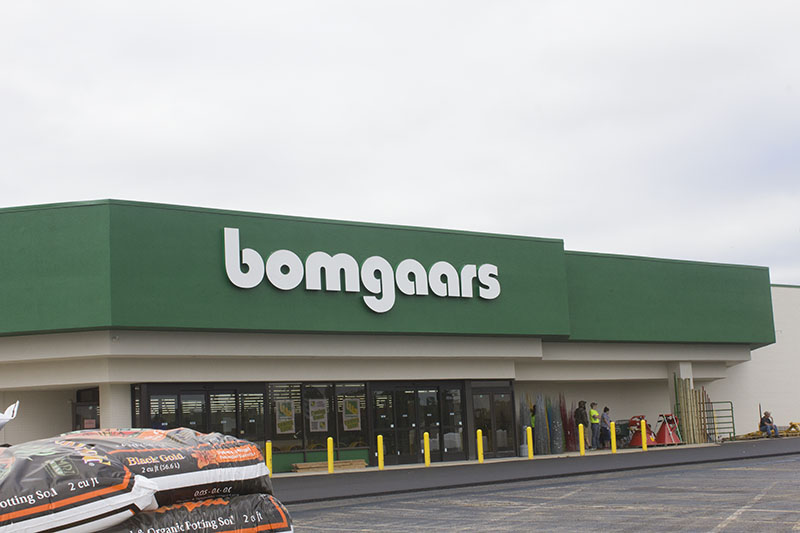 Bomgaars will open Monday in western Albert Lea after more than 12 years of unoccupancy at the location. - Sam Wilmes/Albert Lea Tribune

A new department store will open to the public Monday in Albert Lea.

Bomgaars — at the former Walmart building in western Albert Lea — will open at 8 a.m.

Store Manager Jon Kollman said the parking lot in front of the building is being repaired, noting they have also conducted extensive inside remodeling work to stock merchandise.

“We’ve got what you need when you need it,” Kollman said, noting a crew has been working on remodeling the building for about the last month and a half.

According to the company’s website, the store specializes in in-season items — such as fencing, field seed, sprayers and pumps, grass seed, mowers and tillers, herbicides and insecticides and fertilizer in the spring; and water hoses, bug sprays, dehumidifiers, fans and air conditioners in the summer.

A four-day sale is planned for the store’s grand opening the week of July 19.

The Albert Lea location is one of Bomgaars’ locations in seven states, including Iowa, Colorado, Idaho, Nebraska, Minnesota, South Dakota and Iowa.

The building was originally constructed in 1985, when Arkansas-based discount retailer Walmart grew its chain by going into regional centers in the Midwest like Albert Lea. The retail space was abandoned in October 2003, when a Walmart Supercenter opened on Blake Avenue.

Robert and Angie Hoffman, owners of Complete Realty, have managed the property at 1721 W. Main St. since 2013.

Robert Hoffman said it was good that the company was ahead of schedule.

“As a lifelong resident and a commercial real estate broker and a rental property manager, I couldn’t be more proud of how well everything turned out with Bomgaars choice to locate in Albert Lea,” he said.

He said he thinks the development will benefit the region and Albert Lea economically.