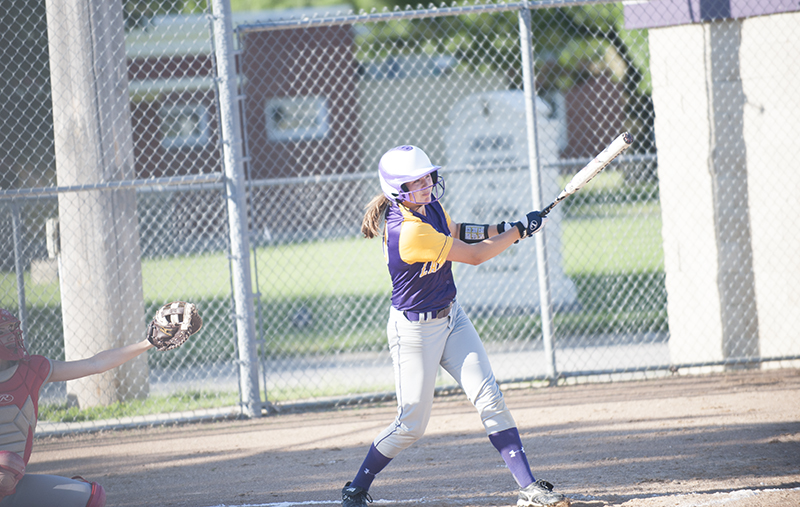 After losing four straight, the Lake Mills Bulldogs softball team was coming off a game that saw them score 16 runs in a victory over Belmond-Klemme on Wednesday.

Scoring runs was still on the menu when the Bulldogs hosted the West Hancock Eagles on a beautiful night for softball Thursday.

It also helped that the Bulldogs got a strong start from sophomore pitcher Jade Gasteiger, who pitched a one-hit, complete game in a 10-0 victory over the Eagles.

The Bulldogs took advantage of five errors and some lacksidasical play by the Eagles.

Hailey Borgmeyer smashed a two-out triple to right field. Cede Byrnes drew a walk, then Mallory Wilhelm hit a rountine pop up to second base. But when the second baseman dropped it, both Borgmeyer and Byrnes hightailed it home.

In the third inning, the Bulldogs tacked on five runs thanks to three errors in the inning. Cassidy Cox, Gasteiger, Byrnes and Wilhelm each drove in runs, and Ashley Groe scored another run on a wild pitch.

On the mound, Gasteiger was quick and efficient with her pitches. She retired the side in four of the five innings and struck out five batters. Most importantly, she kept her infielders on their toes, as no ball reached the outfield in the game. 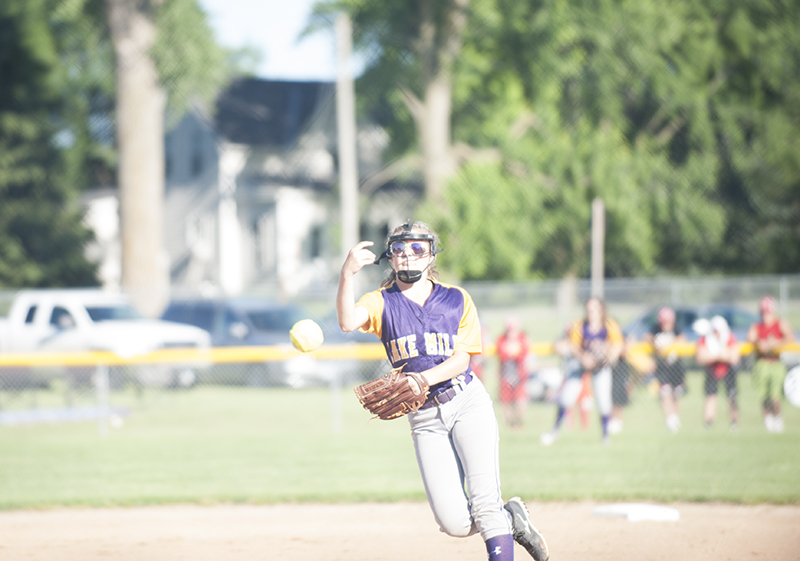 The Bulldogs ended the game in the bottom of the fifth inning when two runs came across to score via a wild pitch and an error on the catcher.

The Bulldogs picked up their third victory in seven games and have scored double-digit runs in their past two.

However, the schedule will do them no favors.

First pitch is scheduled for 6 p.m.