The Albert Lea Eagles Auxiliary Past Presidents Scholarship winners for the year 2015-16 are Randi Mehus, Amanda Gravholt and Kendra Manges. Each of the winners received a $300 scholarship. 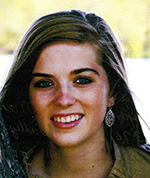 Mehus is the daughter of Bryan and Joni Mehus of Spring Grove and granddaughter of Herbert Mehus, also from Albert Lea. Her field of study is business administration and management. 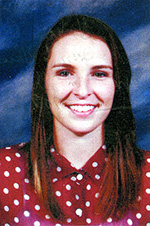 Gravholt is the daughter of Jay and Rebecca Gravholt of Yankton, South Dakota, and granddaughter of Sharon Hemenway of Albert Lea. Her field of study is psychology or ministry and Spanish.

Erik Anderson, son of Mark and Teresa Anderson of Albert Lea, was named to the spring 2015-16 academic year dean’s list at Bethany Lutheran 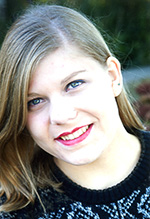 College in Mankato. Anderson is a 2013 graduate of Albert Lea High School.

In order to be named to the dean’s list, a student must carry at least 14 academic credits and maintain at least a 3.5 grade point average.

Johnson, a junior agricultural business major, is the son of David and Sandy Johnson. He is involved in Alpha Gamma Rho, Little International, the Collegiate Farm Bureau and Alpha Zeta.

He is also on the Ag-Bio Prexy Council and is an ag-bio ambassador.

Eric Eliason, dean and vice president of academic affairs at Concordia College in Moorhead, has announced the names of students whose superior academic achievement during the second semester of the 2015-16 academic year placed them on the dean’s honor list.

To qualify for this designation, students must carry a minimum of 12 semester credits and have a grade point average of at least a 3.7 on a 4.0 scale.

To earn dean’s list distinctions at SDSU students must have completed a minimum of 12 credits and must have earned at least a 3.5 GPA on a 4.0 scale.

Tomschin and Tennis were both listed as receiving a perfect 4.0 grade point average.

Minnesota State University-Moorhead has released its dean’s list in recognition of academic achievement  for the spring 2016 semester. Luke Sundblad of Albert Lea was among those honored with the distinction.