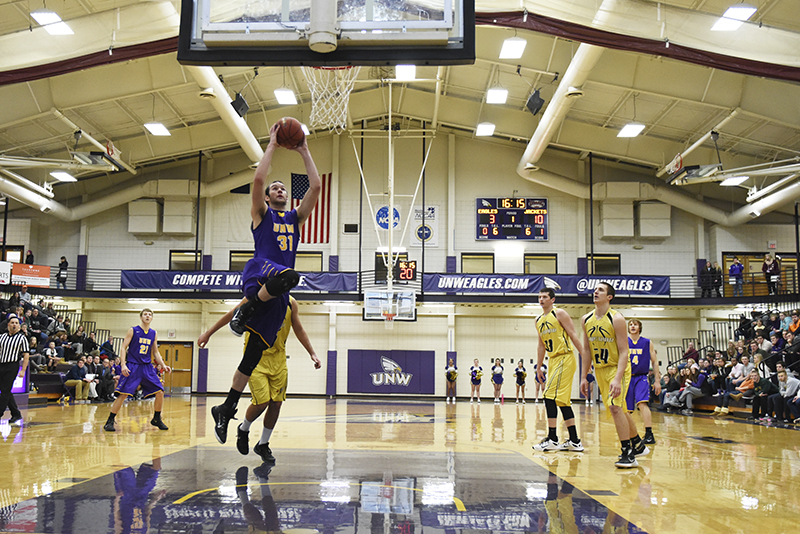 Kyle Ooms has been a model player for the University of Northwestern men’s basketball team.

But the Albert Lea High School graduate isn’t letting up until his fourth year is complete.

“I feel like there’s another level I can take it to, so I’m going to try to reach as high a ceiling as I can,” said the 6-foot-6 senior. 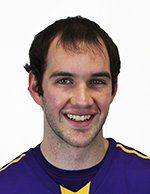 The captain became a starter during his sophomore season, when he averaged seven points and seven rebounds in playing 23 of 28 games. This season he started the first 18 games and led the team with a 7.9 rebounding average. He averaged 12.3 points, second on the team.

“He’s been an impact player for us for four years,” head coach Tim Grosz said. “This year he’s shooting really well. He always brings a lot of energy and enthusiasm.

“He’s shown steady improvement,” he said. “He’s been a pretty consistent performer all four years. That’s not an easy thing to do at the collegiate level.”

Ooms’ role changed this year. Northwestern lost three inside players to graduation, so he entered the season knowing he had to be more of a scorer. “They really expect me to be the big guy in the middle and push up to get the easy basket,” he said.

To prepare for the new role, he focused on lower-body conditioning during the offseason to develop his core. He did a lot more repetitions with the weights.

“It’s a very demanding sport,” he said. “That helps bulk up for the long run of the season.”

He has delivered offensively. He has scored in double figures 13 times, with a career high of 29 against University of Wisconsin-Superior on Jan. 16.

He has raised his offensive production without sacrificing defensively. He has had at least 10 rebounds in five games, including a season high of 14 that gave him more than 500 rebounds for his Northwestern career. He ranked fourth in rebounding average in the Upper Midwest Athletic Conference as of Jan. 25. He led the team in blocked shots and tied for second in blocks in the conference.

Ooms has stayed in the lineup despite a broken nose that has required him to a wear a mask, “which is not the easiest thing in the world,” Grosz said. “As far as vision, peripheral vision, it makes everything difficult.”

His durability and reliability haven’t been a surprise.

“When we recruited him, we knew he was a high-energy guy,” the coach said. “Kyle’s going to give you everything he has.”

Ooms said he didn’t have expectations coming into college. Yet each season has provided lasting memories.

“They could all stand alone as being great in their own way,” he said. “I’m just happy that I’ve had the opportunity to grow.”

I just try to go out there and do the best that I can,” he said. “After practice and games, I’m confident with the effort that I gave.”

Grosz is happy to have had Ooms on the team so long.

“He’s not only a great player, he’s a great student,” he said. “He’s a great leader on campus. He’s an outstanding young man.”