Chiropractor drives to and from Northfield to work in Albert Lea 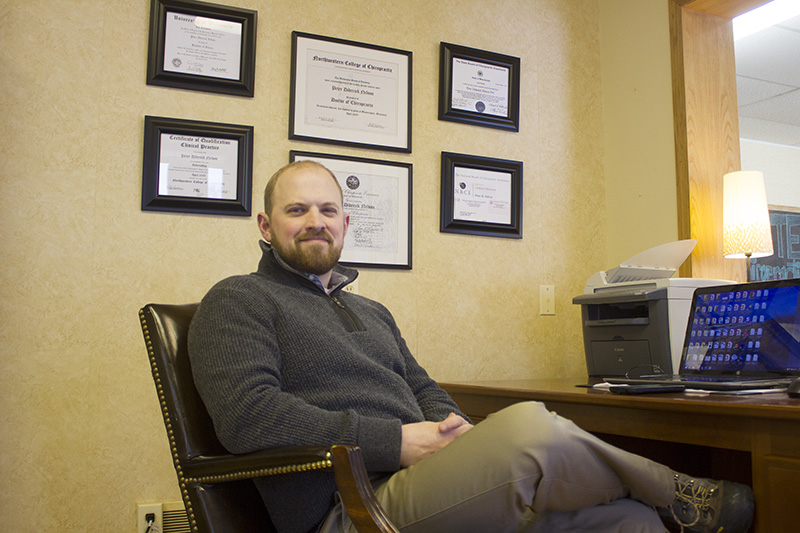 Customer loyalty is keeping a Northfield man in business in Albert Lea.

Pete Ahlers-Nelson, owner of Pete’s Chiropractic, has operated his own office in Albert Lea since 2010.

Ahlers-Nelson commutes more than an hour each way, three days a week. He claims it’s worth it.

“I like the clients I have; they’re good people,” he said. “I just like how everyone is really friendly and nice. It’s just a good community of people.”

Ahlers-Nelson said he has approximately 300 clients in Albert Lea. He said he appreciates the community’s response to his business and plans to continue to operate in Albert Lea. 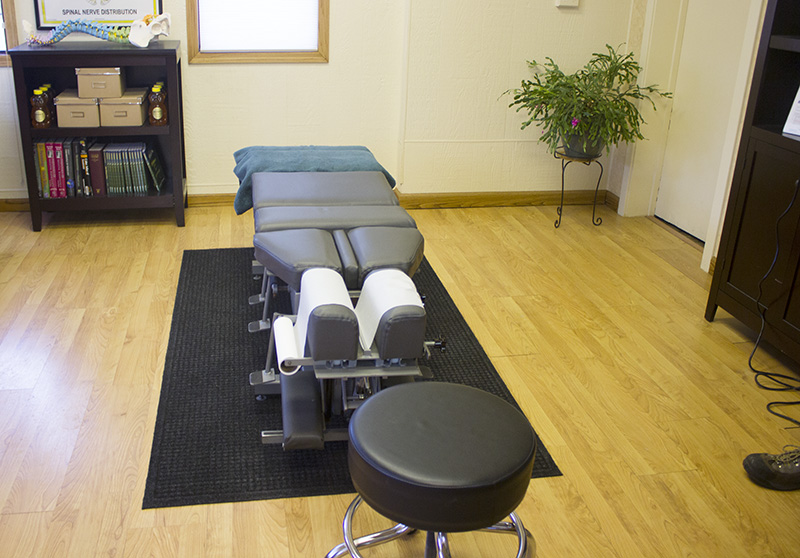 In 2001 during his freshman year at University of Wisconsin-LaCrosse, he entered the Air Force National Guard.

He graduated with a Bachelor of Science degree in biology and a minor in chemistry in 2005.

Ahlers-Nelson said he was inspired to be a chiropractor after seeing his parents experience bad back injuries when he was growing up. He saw how their visits to chiropractors assisted them, and he liked the idea of being able to use his hands to help people.

Ahlers-Nelson completed internships around the country and the world before opening his Albert Lea practice in July 2010.

Ahlers-Nelson and his wife, Courtney, moved to Northfield within months of him opening his office to maintain a neutral distance between both families.

He relies on a three step-approach:

• Charge a reasonable fee that allows everyone to get adjusted regularly

• Give the best possible adjustment every time

He said regular chiropractic adjustments help the body communicate better with itself by helping the nervous system function better.

He advised people get their spine checked on a regular basis.

Anyone interested in setting up an appointment can call Pete’s Chiropractic at 507-581-4721 or stop in. No appointments are needed.

For cost information, visit the Pete’s Chiropractic website  at peteschiropractic.com.

Why do you choose to work in Albert Lea when you live in Northfield?

“I like the clients I have; they’re good people. I just like how everyone is really friendly and nice. It’s just a good community of people.”