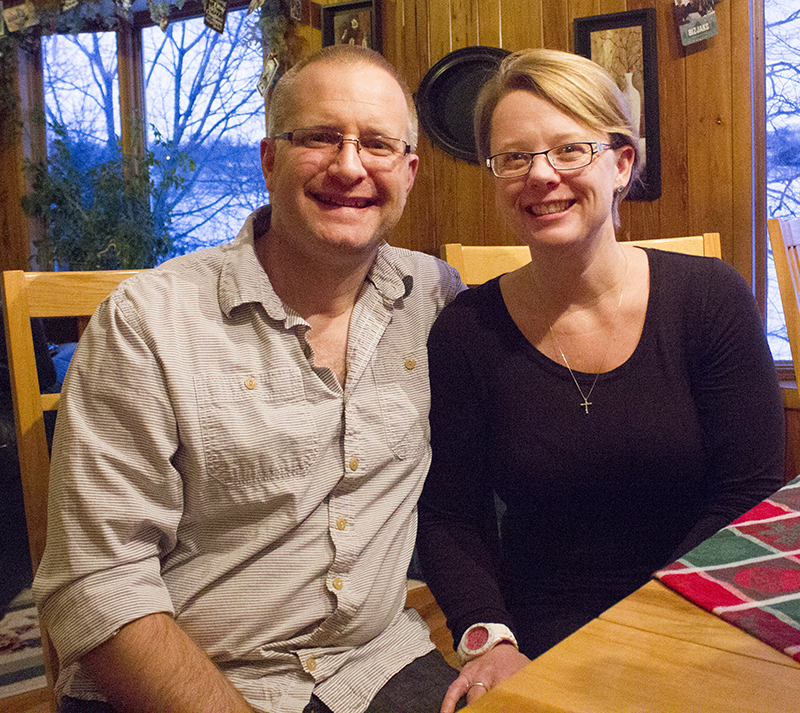 CLARKS GROVE — A cancer diagnosis can be devastating.

A worship leader at a local church has beaten the diagnosis and made a difference in both Clarks Grove and in Honduras.

Jeff Schei and his wife, Rachel, are heavily involved in First Baptist Church in Clarks Grove.

As the worship leader, Jeff Schei oversees all musical activities at the church and fills in as a preacher.

Rachel Schei teaches youth and is a fill-in teacher for Sunday school. The two have co-directed Bible school for the last seven years.

Rachel Schei, a Clarks Grove native, said her husband’s passion comes from his wanting to serve.

“He sees a need and wants to help,” she said.

Jeff Schei was diagnosed with thyroid cancer in 2006. A former construction worker, he said he became worship leader after trying to get back into the construction business and realizing he didn’t have the endurance.

He soon found the position.

“I looked at the job description and thought I could do this,” he said. “It was an overwhelming calling to do it. I couldn’t get it out of my head. I thought it sounded like me.”

“I thought he was crazy,” she said.

Jeff Schei hopes he can assist area residents in finding love and acceptance through Jesus Christ.

“Every community needs a place to find love, comfort and support,” he said. “And unfortunately, a church is not always where that is sought. But hopefully the people in Clarks Grove and the surrounding area can know that they can come here, and they can come here just as they are.”

He said God called him while he was recovering.

“It just came to me in the two months of laying in the bed,” he said.

He said he contacted the city of Clarks Grove. The city told him they could use groups of people to clean up garbage, and for a few years the organization did that by helping older people and doing other jobs.

Shy Ministries began yearly mission trips to Honduras in January 2008. Five people came on the first mission, 15 on the second.

Jeff Schei said the mission trips began as ways to help the destitute build homes and gradually changed to helping the disabled and their families.

The Scheis’ oldest daughter, Rebecca, 17, has Down syndrome. Rachel Schei has taken a keen interest in helping children with disabilities in Honduras.

Although the couple hasn’t been able to attend the last few trips to Honduras to help children with special needs, they hope to in the near future.

Over the years, the trip has grown to include Shy Ministries and First Baptist Church.

Rachel Schei said her dream is to have a local long-term classroom and a teacher for children with special needs in Honduras, as well as financial support.

Jeff Schei, 42, grew up in Adrian and spent the majority of his childhood in Elbow Lake. After graduating high school in 1992, he attended college at The College of St. Scholastica, where he graduated in 1997 and met his wife.

They moved to Clarks Grove in 2000 so their children could be near their grandparents.

“It’s been great in many capacities,” Jeff Schei said. “It’s nice the kids can grow up around their family.”

He said living in a smaller community has made the couple feel safer.

The couple has three children: Rebecca; Maddie, 15; and Josiah, 9.

They hope to take all three of their children to Honduras one day.

Why are you helping people in Clarks Grove?

“Every community needs a place to find love, comfort and support. And unfortunately, a church is not always where that is sought. But hopefully the people in Clarks Grove and the surrounding area can know that they can come here, and they can come here just as they are.”

3 – Children of Jeff and Rachel Schei