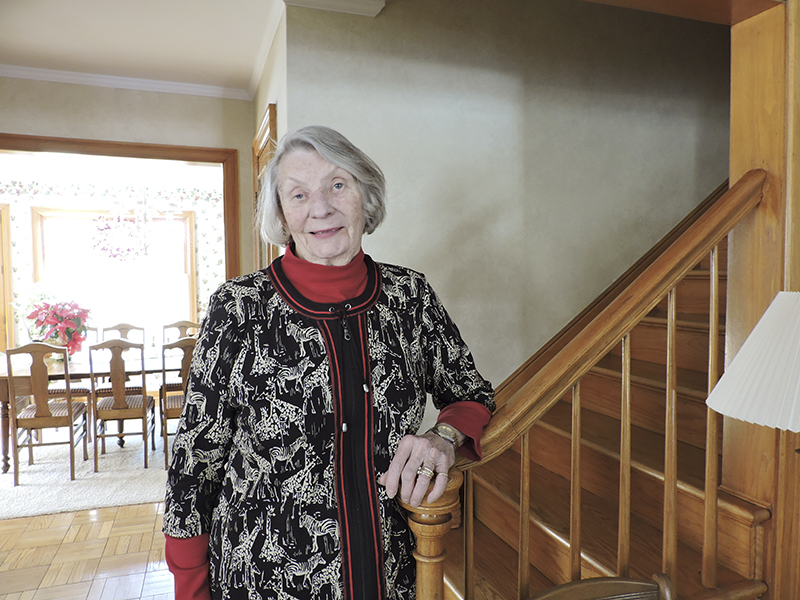 Once a Packer, now a Tiger, Ruth Vermedahl grew up in Austin before making Albert Lea her home with her husband.

Ruth Vermedahl and her husband, Claire, have served in a variety of roles during those six decades, focusing on the betterment of Albert Lea.

“He was really involved,” Ruth Vermedahl said of her late husband, who passed away of lung cancer last July.

Claire Vermedahl was an active member of Albert Lea’s business community and a number of nonprofit organizations. 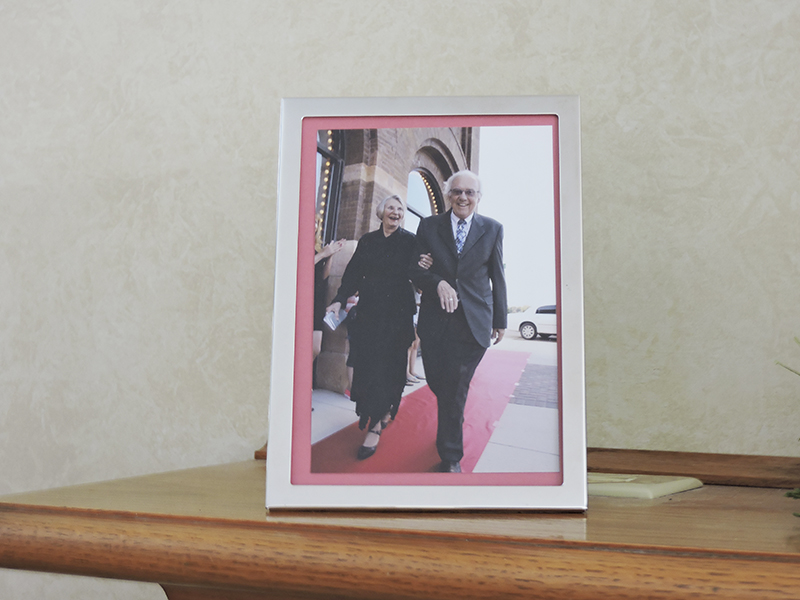 Ruth and Claire participated in many events in the community together. – Kelly Wassenberg/Albert Lea Tribune

The Vermedahls moved to Albert Lea because of Claire Vermedahl’s job at Rock Island Lumber Co., which primarily built machine sheds and barn rafters. Later, the company — also known as Rilco —became a division of Weyerhaeuser. Weyerhaeuser closed in 1982 but reopened the same year after former employees bought the facility and the business continued as Alamco Wood Products Inc.

“I really give him all the credit for getting it to be Alamco Wood Products, because he spent a lot of time organizing that,” Ruth Vermedahl said of her husband. “There were 10 partners to carry that off and to keep the company here in Albert Lea.

Claire Vermedahl retired in 2009 when the surviving stockholders of the company sold Alamco to Bell Lumber & Pole in New Brighton. Claire Vermedahl had started with the company as an accountant and was the business’ chief executive officer and chief financial officer at the time of his retirement.

In addition to working to ensure Alamco stayed in Albert Lea, Claire Vermedahl volunteered with many business-oriented organizations, including SCORE, which is a mentorship program that connects small business owners with experienced members of the business community to help them gather the information they need to start, grow and maintain their business; the Naeve Hospital Foundation, where he was chairman for several years; and the Albert Lea-Freeborn County Chamber of Commerce.

According to Ruth Vermedahl, both she and her husband received lifetime memberships to the chamber. It was an honor that was bestowed to her in October, and she said it was a total surprise.

Randy Kehr, executive director of the chamber, felt the honor was deserved.

“When I first joined the Chamber Board of Directors, Claire was a member of the board. In many ways he showed me what it meant to be a good  board member,” Kehr said. “He represented the Chamber well but, more importantly, he served the community well. There were many generous donations by Alamco Wood Products to local nonprofits, but he also participated in many of those nonprofit boards. All the while, he and Ruth were inseparable and never sought personal recognition.

“But it wasn’t all about philanthropy,” Kehr continued. “Claire and Ruth have always been willing to roll up their sleeves to do the work. We lost Claire way too soon, but we continue to treasure Ruth.”

Claire Vermedahl was also active with the Freeborn County Historical Society Board, the Noon Kiwanis Club, Elks Lodge and Eagles Club, and was chairman of the finance committee and administrative council at United Methodist Church.

Claire Vermedahl immersed himself in the Albert Lea community, though according to his wife, much of his community service work came later in life after they were raising a family and Claire Vermedahl had gone back to school to receive his accounting degree.

“But that was his thing,” Ruth Vermedahl said about her husband’s community service. “He enjoyed it.”

Ruth Vermedahl continues to live in the same home she once shared with her husband, despite having two adult children who have since moved elsewhere. The grief of Claire Vermedahl’s passing is still real to her, as she paused several times when talking to collect herself and wipe her tears.

She continues to be involved in the community through her church, driving for the Meals-on-the-Go Program and attending chamber events.

The draw to Albert Lea is in the people, she said.

Ruth continues to live in Albert Lea because she said it’s a beautiful community around the lake that is filled with wonderful people.

2 – Children, Mandi and Ross, who  were raised by Claire and Ruth Vermedahl