The Albert Lea City Council approved a first reading Monday of a proposed rezoning that would allow for a new site for a local veterinary clinic.

The request by Larry Gensmer of Freeborn Properties LLC. and Albert Lea developer Clayton Petersen is to rezone property at 1430 U.S. Highway 69 from R-3 multi-family residential to a B-2 community business district. The plans are for South Central Pet Care — presently at Skyline Mall — to open a new facility. 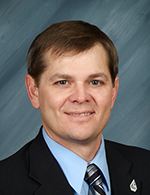 In his presentation to the council, Petersen said there will be six operating exam rooms, more space for employees and more operating room at the facility, noting he has painted and cleaned up the property.

The property — formerly the site of Hanson Auto — is currently used for storage.

Petersen said space that used to be a bay for cars would be used for the facility.

“There is a demand in that area,” he said.

The council could approve rezoning the property June 27 after a second reading is completed. 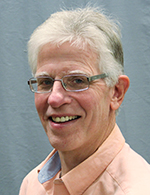 construct something that is not consistent with the neighborhood. He said staff recommended a different zoning designation so the city and the developers could work together to make a reasonable judgment on what could fit in the area.

He said he worked with city officials on development of Wedgewood Cove, noting he believes that by developing the site, the property would be used for purposes that fit the neighborhood.

Marin said he was impressed when he visited the site, noting he believes Petersen is a local developer with a solid track record.

Rasmussen said though he agreed with the project, he was concerned that other developers in the future would ask for the same variance.

The planned development district would allow the developers to define plans better and work together with the city, Petersen said.

Baker said he would vote for the measure because he trusts Petersen.

Approved amendments to the commercial purchase agreement for 1016 Madison Ave. from Duane Johnson to clarify some terms and details. The city still plans to purchase the 2.52 acre parcel for $185,000 for the expansion of City Garage.

Accepted donations, including $75 from resident Hazel Johnson for the dog park planned to open Saturday and $530 from Albert Lea High School Baseball Booster Club for a new trifold protective backstop at Hayek Park.

Approved a lot split through an administrative lot survey for property at 1107 Sykes St. to allow Fastenal Co. to expand its facility with a 25-foot addition to the rear of the existing structure. Edwards Manufacturing Inc. — Fastenal’s neighbors to the north and east — offered to sell the parcel to accommodate proposed growth. To do so, Fastenal and Edwards requested approval to divide sections of the properties.

Approved a variance setback from the ordinary high water level, lot width and front setback and a conditional use permit for Jared Dawson and George Dress for the construction of two, two-family semi-detached homes in Summerdale second subdivision.

Approved a variance to 21362 775th Ave. to allow for an additional shed to be built on the property.

Approved the Military All-Stars baseball game as a community festival within the city to allow alcohol to be served in Hayek Park. The event is scheduled to begin at 4 p.m. and includes honor ceremonies at 6:30 p.m. and the first pitch at 7:05 p.m.

Approved a grant agreement between the city and Minnesota Department of Public Safety for the Toward Zero Deaths program. The grant is awarded to local law enforcement agencies to conduct targeted enforcement operations. The Albert Lea Police Department has been awarded various amounts in past years for participation in the program. The value of the grant will be determined on the total number of participants and requests.