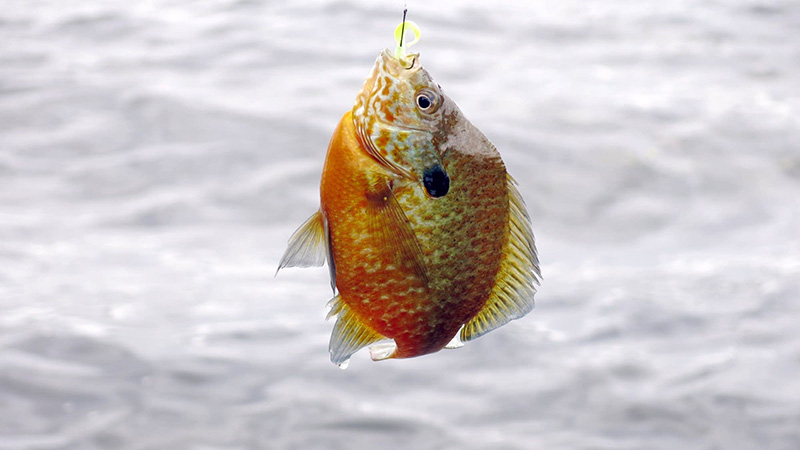 Do household chemicals and prescription drugs leaching into Minnesota waters pose a serious risk to fish? Researchers are asking that question now, and they’re digging into the role septic systems might play.

Scientists studying five central Minnesota lakes this summer are trying to better understand the ties between contaminants and fisheries. Steroids, hormones and pharmaceuticals are the main concern. A 2013 study found Minnesota lakes contaminated with those and other chemicals, including the insect repellent DEET and even cocaine.

“We know the chemicals are out in the environment. We know they can have effects on fish in laboratory studies,” said Schoenfuss, who’s leading the summer research. “Putting the two together is where we’re struggling.”

Getting that data requires getting out on the water and digging past the lake bottom. On a recent mission, Les Warren demonstrated how it’s done.

A graduate student in aquatic toxicology at St. Cloud State, Warren went just offshore on a small Minnesota lake to collect groundwater samples from below the lake bottom. Leaning over the side of the boat, he guided a thin hollow tube into the water.

“You’ll hit a hard clay layer and then all of a sudden once you punch through that you’re kind of into the groundwater system,” he said.

After testing to make sure he’s pumping groundwater, he collects a sample. The groundwater flows into the lake near shore, carrying chemicals with it from nearby septic systems.

This water will be tested for contaminants. Researchers will then replicate the water in the lab and expose young fish to it so they can measure the fish response in a controlled setting.

Warren and another student are also collecting fish. The study focuses on sunfish because they build nests and lay eggs near the shore, right where the contaminated groundwater enters the lake.

“The adult males will defend their nests for six, eight weeks at a time,” he said. “Our hypothesis is that they’re being directly exposed because they’re sitting on the nest for such a long time.”

Researchers are also examining whether male fish behavior changes at all. “If they’re not defending their nest like they should, that also becomes a problem within the species,” Warren said.

The captured fish will be tested for chemical exposure. In lab experiments, fish livers show changes similar to the liver of a human who abuses prescription drugs. Male fish also had increased female hormones.

There are so many different chemicals in lakes it’s hard to study the effects, Schoenfuss said. But there are clear risks. Fish exposed to chemical levels found in lakes produced fewer young fish. The young fish were more susceptible to predators so survival rates were lower.

A unique study in Canada dosed an entire lake with low levels of a synthetic estrogen. In a year, the minnow population crashed. Lake trout that fed on the minnows soon disappeared too.

“Our fish populations are being exposed to many different pressures all at the same time,” Schoenfuss said. “If we don’t understand the pressures we can’t really judge whether or not a particular pressure may be the undoing of a fish population or may cause a decline of the health of an ecosystem.”

Scientists are starting to focus on septic systems as a primary source of the chemicals.

“Septic systems have really moved to the forefront of our studies,” he added. “A lot of what moves out of the septic tank into the drain field may still contain some of the chemicals we are most concerned about.”

Bacteria that break down sewage in a septic system work with little or no oxygen. Pumping air into the system stimulates a new group of microbes that do a good job of breaking down chemicals and pharmaceuticals.

“We already know from studies in the laboratory that these advanced septic systems will do a much better job in reducing many chemicals that we might be not wanting to enter our lake systems,” said Schoenfuss, who noted that he’s already added an aerated septic system to his lake home.