Ellendale mayor, 81, steps up to plate 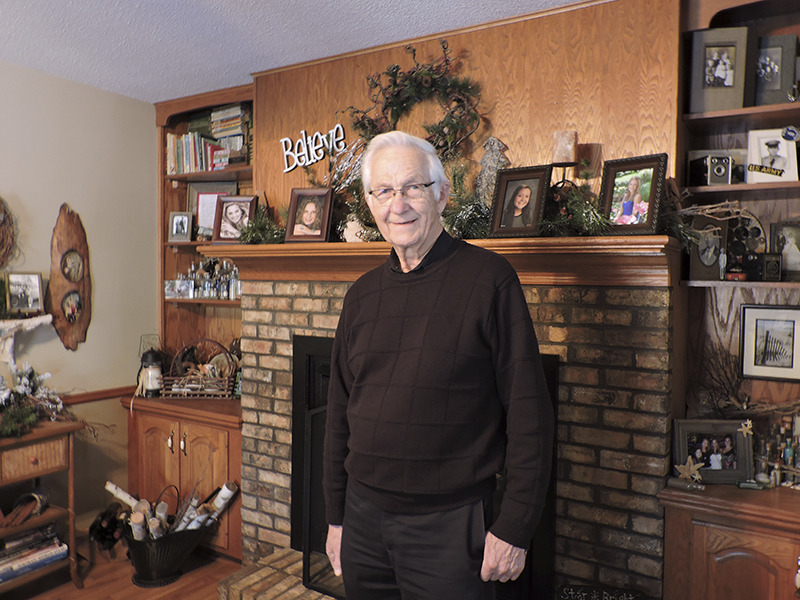 Mark Skroch, 81, is serving his 30th year as mayor of Ellendale, although all of his terms have not been consecutive. - Kelly Wassenberg/Albert Lea Tribune

Skroch back in position after 15-year hiatus

ELLENDALE — The golden years are often a time in which seniors enjoy their retirement — catching up with the grandchildren, finally getting around to reading all the books they’ve been stockpiling or perhaps traveling or spending the winter months somewhere the temperature never drops below freezing.

This is how some would spend their retirement, yet 81-year-old Mark Skroch spends his time serving another term as the mayor of Ellendale. It was a position he served in for 28 years between 1970 and 2000, which included a two year hiatus — and it’s a position he began serving again in 2015.

“I didn’t run again in 2000,” Skroch said. “I was retiring, but because of the circumstances I decided to run again,”

What changed his mind?

“I raised my family here. I got my employment here. I taught school in this district for 37 years, and it’s been very good to me,” Skroch said. “I was kind of embarrassed by things that were going on, but no one wanted to step in and run.”

The embarrassment, according to Skroch, was the controversy surrounding the town’s previous mayor, who was charged with syphoning money out of a community fund for his own use.

For Skroch, the controversy was enough motivation to toss his name in the hat once more to ensure residents at least had the opportunity to pick a new mayor.

Stepping up to the plate was not new for him. When he first ran for office, a friend who worked as a newspaper editor hinted the mayor at the time was ready to call it a day. He stepped up to the plate back then, too.

Skroch’s dedication comes after being a part of the Ellendale community for much of his life. Born and raised on a dairy farm in Wisconsin, he noted the eldest brother planned to take it over, which led him and his other brother to pursue an education.

A year after his first teaching job in Houston, Minnesota, he was drafted into the Army for another two years. Upon his return, he found a job in Claremont teaching vocal music to elementary students for another year before finding the instrumental band position at NRHEG. He called it an “exact fit” with what he wanted to do. He liked the position so much, he stayed there for 37 years.

“I really enjoyed teaching,” he said. “Band is an elective; it’s not a required subject so the kids you have to work with, they choose that.

“I always held the standard kind of high, and I think the kids respected that and they worked really hard,” Skroch said.

He retired — from that position — at the age of 62. As for his retirement from his mayoral position, he’s still unsure if he will seek reelection in 2017.

He said if his health is good, and no one steps up that is level-headed and has a real good interest in the community, he just might. In the meantime, Skroch plans to address a few street projects that have not yet been completed.

It’s all part of maintaining the city’s infrastructure, which is necessary for any town, regardless of its size. Other projects he has been involved in during his tenure include the building of a new municipal liquor store, community hall, fire hall, maintenance building and various street projects. The largest project, according to Skroch, was probably the development of the sanitary sewer system.

In retrospect, he looks back on his time as mayor and thinks things have gone well, while admitting there is always a few bumps in the road.

“Sometimes there are personal things that people get very upset about because it doesn’t fit their cup of tea, but you gotta consider the whole picture,” Skroch said. “That’s just part of the territory. You can’t please everybody all of the time. You just hope you’re doing the right thing for the community as a whole.

“My basic policy is when you are spending other people’s money, the benefit has to justify the cost and you have to do what is best for the city as a whole.”

Skroch said he came for the job, but stayed because, “It’s a really friendly place to live.”