Miller said consistent, long-term revenue increases are needed to make up for a long-term funding drought. 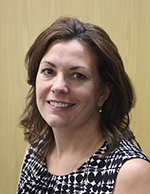 Jahnke said the city has had to focus on mill and overlay work to try to prolong the longevity of its roads, noting a long-term federal transportation bill would allow the city to plan for infrastructure improvements and give local contractors a chance to view the city’s plan.

He said more money is being spent on maintenance costs because of the city’s aging infrastructure.

Miller said the number of local contractors has dwindled because of their uncertainty with the amount of work they would have, noting one-term transportation funding makes it hard for the county and contractors to plan for projects.

The listening session was held as part of a statewide tour by Franken’s staff to discuss regional infrastructure, including roads, bridges, water systems and broadband services.

The tour includes stops in communities throughout the state to discuss challenges of meeting infrastructure needs in rural Minnesota.

Miller said it has been difficult for Freeborn County to sustain and maintain its transportation systems at current funding levels.

More than 100 miles of paved Freeborn County highways in the next 10 years will reportedly be in need of funding.

Miller and Jahnke discussed regulations they deem are unclear and the effects and holdups they said have been caused for Freeborn County and the city of Albert Lea.

Bree Maki, Franken’s southern Minnesota field representative, said she thought the session went well, noting there were no large surprises in the session.

“It just helps to validate the needs that we have in rural Minnesota,” Maki said.

Policy advisor Jake Schwitzer said Franken asked them to get out in the communities and meet local leaders, noting Franken wanted them to gather specifics so he can work on their concerns at the federal level.

Miller said though it was disappointing that there were not more people at the session, she was thankful Franken’s staff listened to their concerns.