Families flock to Alden to reel in a big fish 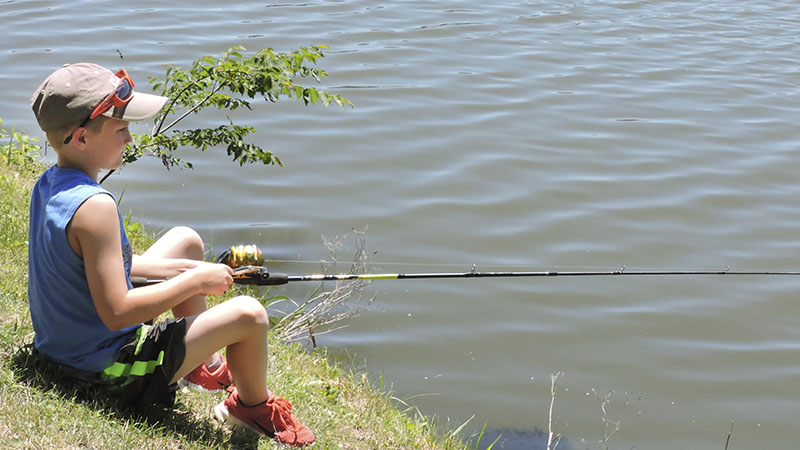 Ryan Hintz, 8, of Conger was not only one of the participants of the fishing contest in Alden on Friday, he is the great-grandson of Wes Hintz, the man the contest is named for. —Kelly Wassenberg/Albert Lea Tribune

Many area families made the trip to Alden Friday to participate in the Wes Hintz Lions Fishing Contest — one of the first events to kick of the annual Morin Lake Days celebration.

According to Lion Neil Pierce, over 101 people under the age of 16 registered for the contest. However, he estimated that about 120 children participated, if you include those who come, but don’t realize they should register.

The rules were simple. Contestants furnish their own equipment and bait and stay in the designated areas. There was no fishing allowed off the swimming dock, fishing dock or beach area. The contestants would

have from 1:30 to 3 p.m. to reel in as many fish as they could. Judges were standing by to measure each fish and record the fish’s species and length. No fishermen’s tales were to be told; if a judge didn’t see it, it didn’t count.

Pierce noted there were three winners in six different categories: walleye, bullhead, crappie, sunfish and bluegill, bass and carp. Winners received $15, $10 and $5 for first through third place in each category.

“This was the first year we didn’t see any walleye,” Pierce said after the contest.

He said the participants pulled in a lot of bullheads — the largest of which was 10 inches long. The largest fish overall was pulled in by a boy named Griffen Erkilla who snagged a 17-inch northern in the lake.

The Wes Hintz Lions Fishing Contest is named in honor of a fellow Lion and charter member of the Alden Lions Club. Hintz died in 2013. The contest itself has been an annual part of Morin Lake Days since 1990. 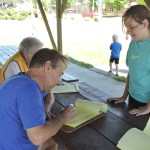 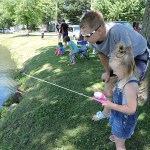 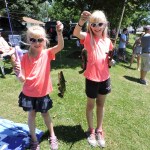 Leah Gerrietts, 7, and her sister, Maggie Gerrietts, 10, Mason City, Iowa, hoist up a couple bullheads they caught in Morin Lake during the fishing contest on Friday. 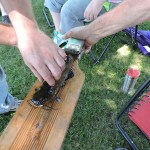 Lions member and fishing contest judge Greg Hitchcock measures one of the fish caught during the contest with the help from the child’s father. 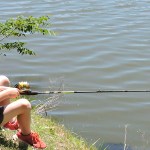 Ryan Hintz, 8, of Conger was not only one of the participants of the fishing contest in Alden on Friday, he is the great-grandson of Wes Hintz, the man the contest is named for. Kelly Wassenberg/Albert Lea Tribune 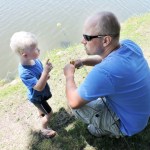 Caleb Mattson, 3, of Alden, pleads with his father, Chad Mattson, to let him throw one fish back in himself at the fishing contest on Morin Lake. Kelly Wassenberg/Albert Lea Tribune