Two local farmers traveled to Kansas City, Missouri, last week to speak out against an Environmental Protection Agency proposal to cut a portion of the conventional corn ethanol portion of the federal renewable fuel standard.

The farmers — Jerry Demmer of Clarks Grove and Dan Root, a farmer who lives near Hayfield and who serves on the Minnesota Corn Growers Association board of directors — spoke of the benefits they said ethanol has on the country. 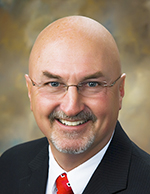 According to the Minnesota Corn Growers Association, the EPA is looking to cut the corn ethanol portion of the renewable fuel standard by 200 million gallons below what Congress called for when the standard was passed in 2005 and amended in 2007. The reduction would result in 71.4 million bushels of corn going unsold and $271 million in lost revenue for American corn farmers, according to the organization.

Demmer said the trip went well, noting their aim was to keep the corn ethanol portion of the standard where Congress initially intended it to be.

He said a vast majority of people who testified on the issue agreed with his position.

Demmer said he thinks Congress meant to set the portion to help clean the air, save consumers money and reduce dependence on foreign oil.

He said the proposal is costing corn growers and ethanol associations money to testify and send comments, and he thinks the EPA’s proposal is wasteful.

Demmer, who serves on the Minnesota Corn Research and Promotion Council, said ethanol has helped revitalize many rural communities.

Minnesota was the first state in the nation to blend its fuel supply with 10 percent corn ethanol to meet air quality standards in metro regions, according to the Minnesota Corn Growers Association.

Root said in a press release that ethanol plays a major factor in the state’s operation.

“Ethanol makes up more than 12 percent of Minnesota’s fuel supply,” Root said in a press release. “We’re proof that the blend wall simply doesn’t exist. By investing infrastructure that delivers higher ethanol blends to consumers despite obstacles set forth by the oil industry and EPA, we’ve proven the blend wall is a fabrication and a myth used as an excuse to unnecessarily slash the corn ethanol portion of the RFS.”

Multiple efforts to reach the EPA were unsuccessful.