For the love of vintage cars 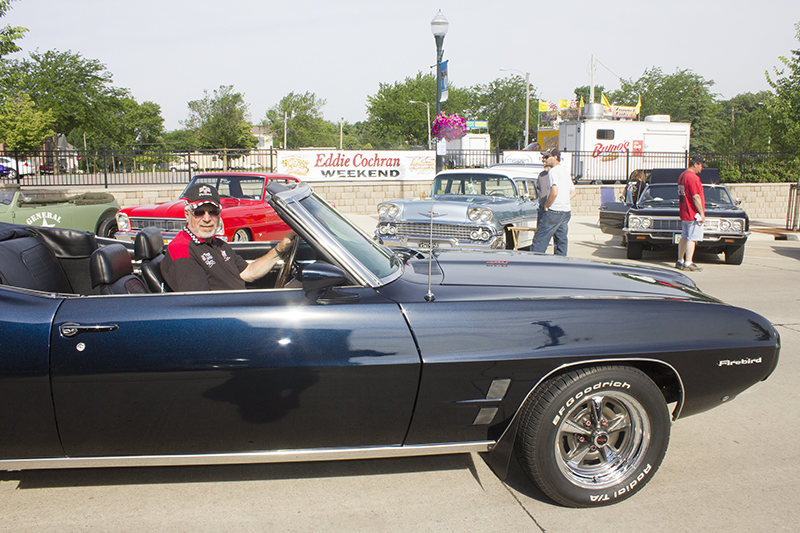 Car show chairman Jerry Monson said there were 75 vehicles on display before 9 a.m., from places such as Mason City, Iowa; Illinois and other places, noting he was fine with the hot weather — as long as it did not rain.

Minneapolis resident Vicki Hansen — who showed a 1955 pink and black Crown Victoria with custom plates — said the car show is her favorite of the approximately 25 she goes to each year in cities such as Minneapolis, Waconia, Richfield and Clear Lake, Iowa, because there are other things to do, such as live music, shopping opportunities and nice people. 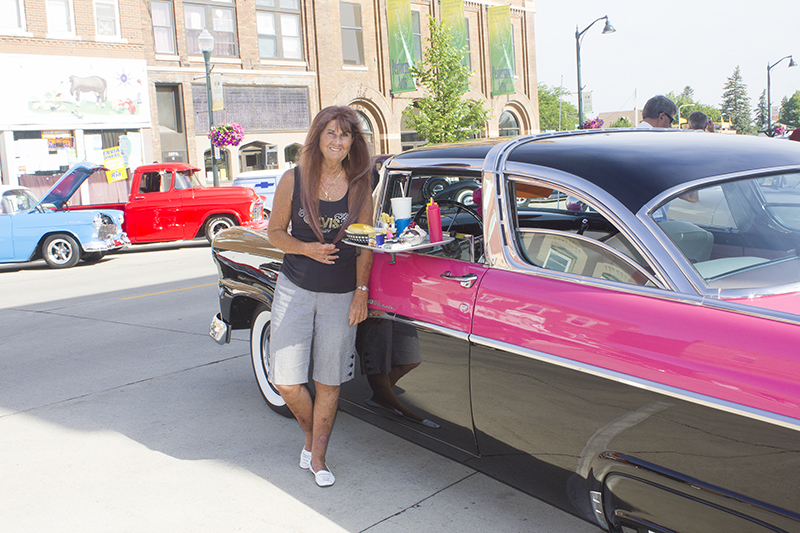 The vehicle was equipped with a side display in honor of drive-ins that were prevalent in that era, noting she is drawn to car shows because of her passion for the era.

She said she purchased the vehicle in 2000 from Alabama, noting the vehicle won best of show in 2010 in Minneapolis out of 11,000 cars.

“I couldn’t believe it,” she said.

Monson said his favorite part of the show is seeing the streets fill out after working hard and people having fun.

Following the car show, more than 70 awards were slated to be given out for the top 50 voted on by participants and the top 10 voted on by spectators.

The car show was part of a weekend full of activities to commemorate Eddie Cochran weekend.

The Freeborn County Historical Museum was open Friday and Saturday with exhibits for both Eddie Cochran and Marion Ross. A free shuttle bus transported people from downtown to the museum.

A free, lakeside concert and street dance was scheduled for Saturday night with a performance by the Whitesidewalls at Fountain Lake Park.

A rock ‘n’ roll worship service was scheduled for this morning at United Methodist Church. Eddie Cochran was confirmed in faith 65 years ago at First Methodist Church on West College Street in Albert Lea.

A cruise-in social was scheduled for Friday night, but was cancelled due to rain.