WASHINGTON — For years, Sen. Al Franken has kept one of his most potent political weapons in check: his wit.

The former “Saturday Night Live” comic was determined to establish himself as a serious senator after winning his Minnesota seat by a razor-thin margin. So after he got to the Senate in 2009, he embraced the low-key life of a freshman lawmaker, allowing his inner-nerd to languish as he dove into legislation and limited his media contacts to home-state reporters. 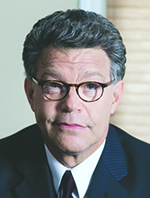 Those days are ending.  Since winning re-election in 2014, Franken has grown more comfortable with the national political spotlight. And he’s ready to use it to help unite Democrats behind Hillary Clinton.

Franken is understated about his higher profile — there has been some buzz that he could be a dark-horse vice presidential pick. “I think as the campaign progresses everyone will have a larger role. I think I will along with so many of my colleagues,” Franken told The Associated Press.

But Democratic colleagues relish the idea of Franken unleashed.

“I think that he’s incredibly intelligent, but I think that he does something to Donald Trump that would be very effective, which is to make a joke out of him,” said Minnesota Rep. Keith Ellison.

Franken acknowledges he has a special skill.

“Well, you know I was a performer, so I tend to make my events more enjoyable for the audience,” he said. “I speak seriously, too, but I know how to speak to the crowd.” 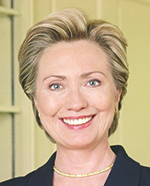 Franken gained fame as a comedy writer and performer on “Saturday Night Live.” He later hosted a liberal radio show on Air America and wrote political books attacking conservatives, like “Lies: and the Lying Liars Who Tell Them, A Fair and Balanced Look at the Right.”

When Franken arrived in Washington, he got advice from a Clinton aide on navigating the transition. He said he focused on being a “workhorse not a show horse” and eschewed national news outlets. “I wanted to let Minnesota media know that this wasn’t about me becoming a national figure, this was about me doing work for Minnesota,” he said, “and I think now they know that.”

He focused on help for children, seniors, farmers and Native Americans. Among his achievements was inserting a provision in President Barack Obama’s health care overhaul that forces insurers to spend up to 85 percent of premiums directly on health care.

“He really gets to the heart of a lot of issues,” said Illinois Sen. Dick Durbin, the No. 2 Senate Democrat.

Franken has embraced his life as a senator, but he admits that once in a while, he does have a pang of regret about the life he left behind.

“I really miss hanging around funny people,” he said.

Franken hasn’t been able to shake some of the funnyman baggage. There’s one crack he would like to permanently retire. He’s read so many headline variations of “It’s no joke! Franken is a senator!” that he has a poster hanging in his office showcasing many of the references.

And he still gets laughs. At a breakfast for constituents, Franken told roughly 150 people gathered in an ornate hearing room about the origins of the wild rice porridge they were eating. He said it was developed by French-Canadian voyageurs, early settlers in Minnesota. But Franken questioned the authenticity of cream in the dish. “I don’t know about the voyageurs,” he said. “It’s so hard to get a cow in your canoe.”

A compact, energetic man, Franken takes seriously his role as a liberal warrior, following in the footsteps of progressive hero Paul Wellstone, who held the Senate seat before dying in a 2002 plane crash. Franken stresses his support for mental health funding, better treatment for substance addiction, tougher gun control and more support for families.

Franken was an early backer of Clinton, whom he has known for more than 20 years. They met when he worked on material for the Clintons for a Washington comedy dinner. She campaigned for him in 2008. He insists she has a “goofy sense of humor” that doesn’t often emerge.

Franken is quick to play down rumors that he could be a vice presidential prospect. He stressed that to his knowledge he is not being vetted for the job.

“If Hillary Clinton came to me and said, ‘Al, I really need you to be my vice president, to run with me,’ I would say yes, but I’m very happy in the job that I have right now,” he said.

His schedule is busy. So far this year, Franken has traveled to Wisconsin, New Hampshire, Michigan and Massachusetts for Clinton and has campaigned for at least nine Senate candidates.

“I’ve learned not to offer jokes, ‘cause you just get your heart broken,” he said.