Nelson to step down from position in September

Freeborn County Attorney Craig Nelson announced Tuesday he will retire at the end of September after 25 years in his position.

The Freeborn County Board of Commissioners will fill Nelson’s vacancy by appointment for the remaining balance of his term. The term is scheduled to end the first Monday in January 2019.

He said his most visible and time-consuming role of being county attorney has been as the chief prosecutor of crimes in the county.

“This intense and compelling work has defined my professional life,” he said.

This work involved meeting deadlines, analyzing investigation reports, making charging decisions and making other motions and arguments in the courtroom. He worked with witnesses and victims of crimes, prepared cases for trial or through negotiations and then onto sentencing.

Nelson said though prosecuting crimes holds offenders accountable and seeks to change the behavior of the offenders, it will never be possible to prosecute the way to safety.

“Assaultive behavior of every kind, theft, burglary, traffic violations, alcohol abuse, drug abuse and drug trafficking will continue, and the county attorney’s office will continue to support local law enforcement and advocacy programs to change individual behavior, make the public aware of safety concerns and prevent crime before it occurs,” he said.

In addition to prosecuting crimes, Nelson’s duties over the years have included providing legal research, opinions and advice to county leaders; creating policies and contracts; and initiating litigation to enforce planning and zoning ordinances. 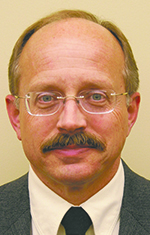 “Working with people to accomplish goals and providing legal services that resolve problems has always been work I have enjoyed,” Nelson said.

He said one of his accomplished goals with greatest visibility was the construction of the new Freeborn County courthouse, which opened in 2005.

During his career he also served on various committees and boards, most notably as president of the Minnesota County Attorney’s Association.

He said he looks forward to spending more of his efforts with his family, friends and church upon retirement.