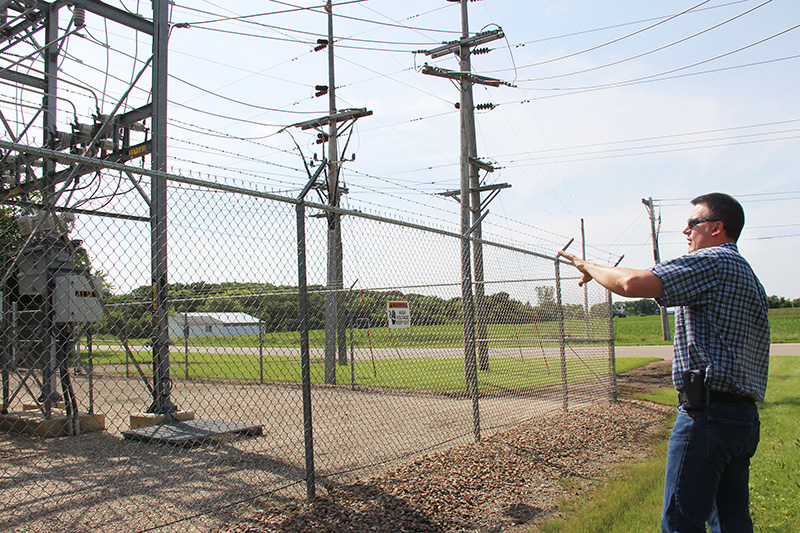 At the end of last July, the company went from having about 6,000 members to having more than 21,000 — literally overnight.

In the last year, it has expanded from having 30 to 65 employees, as it brought on many of the former Alliant Energy workers.

While it has been a whirlwind year, the company is looking to the future in bettering service for customers and advancing with technology. 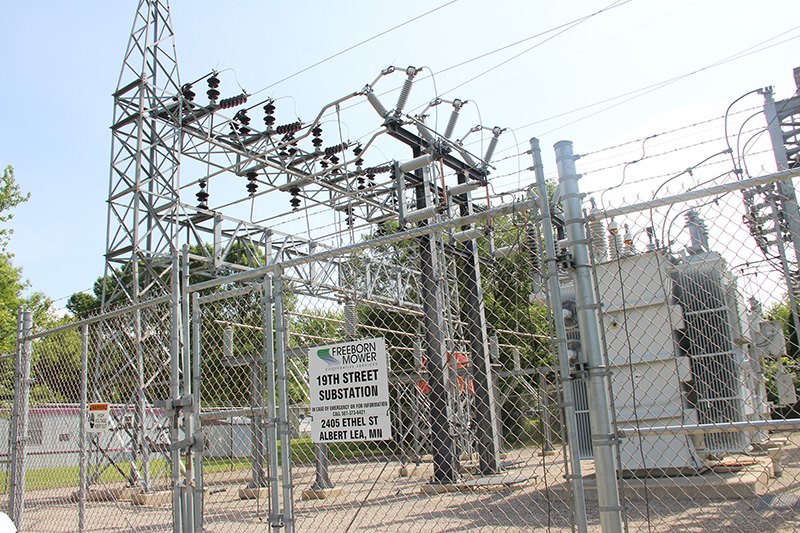 The 19th Street substation is one of seven substations that serve the city of Albert Lea. – Sarah Stultz/Albert Lea Tribune

The Tribune on Thursday went on a ride-along with Al Stadheim, director of operations and engineering for Freeborn-Mower Cooperative Services. Stadheim started as an electrical engineer in Dubuque, Iowa, but moved back to Albert Lea. He worked for Alliant Energy previously before the change in ownership and has been in the industry for about 23 years.

He talked about the territory the company covers, which spans Freeborn County and Mower County, plus a few accounts across the county lines.

Stadheim said the city of Austin has its own municipal power, and Manchester, Clarks Grove and Hartland are serviced by Xcel Energy.

There was one outage on the north end of town between Highland and Harmony avenues and an outage that originated on the south end of town near Crossroads Trailer. 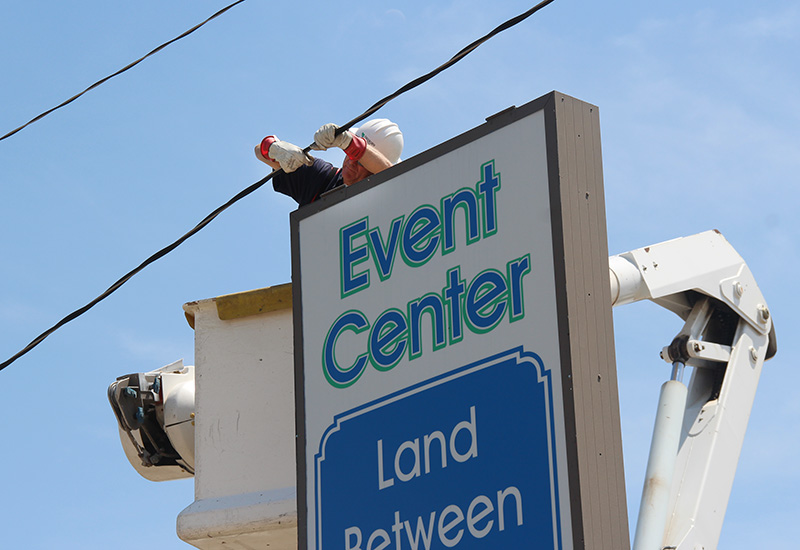 He said the No. 1 cause of outages is animals, followed by lightning. In this case, the outages were both caused by lightning in the middle of the night.

“Lightning is definitely not our friend,” Stadheim said.

He said when the company is notified of an outage, the calls go to the Cooperative Response Center, which is an answering center, that will notify people to come in and fix the outage.

The workers start at the  substation that services the area of the outage and look for damage. Weather is the biggest hindrance in outages as the workers have to endure blizzards, heavy rain and winds and other conditions as they resolve the problem. He encouraged people to call if there is an outage and to update their phone numbers on their accounts so the company can contact them if needed.

It is important if someone is a witness to what caused the outage that this be reported to the company.

He said of all the places in town, Mayo Clinic Health System in Albert Lea and  other care facilities are top priorities in restoring power to, along with grocery stores and gas stations.

The Freeborn-Mower Cooperative Services headequarters is in Albert Lea, east of Interstate 35 off of Exit 11. With the growth of the company in the last year, the company is looking at its options for the future.