Goodnature’s memory lives on (with video) 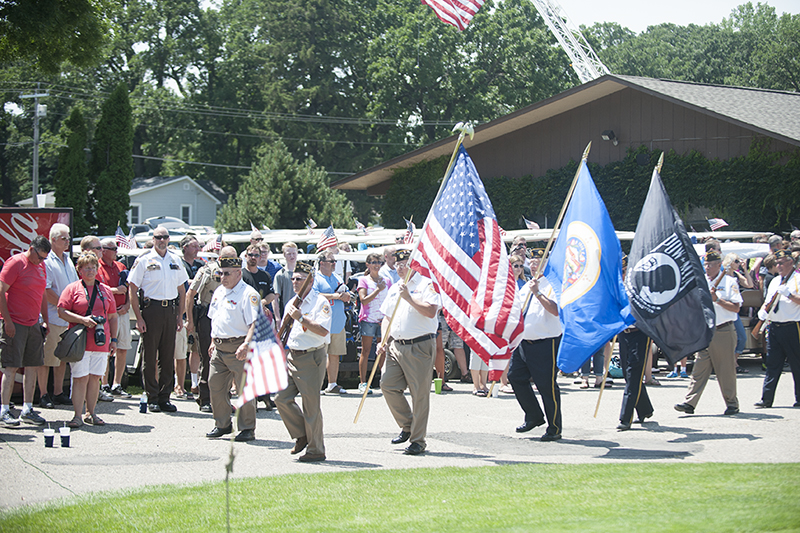 It was a hot and humid day on Saturday, but that didn’t stop cars from lining the streets in the surrounding neighborhoods, as hundreds of people attended the 11th annual Corey Goodnature Memorial Scholarship Golf Classic.

Over 200 people showed up for the opening ceremony, that included the handing out of multiple scholarships for deserving students.

Freeborn County Sheriff Kurt Freitag was present and so was the new kid on the block, a German shepard named Stalker.

Freitag described how the dog received his name and how the name Stalker received more votes than any other name on Facebook.

After the pre-golfing festivities, it was time to hit the course for some afternoon fun in the sun.

Green Lea had just enough golf carts for all the participants, as they all raced off to their assigned tee.

Some of Corey’s closest friends and family gathered on the first tee, for their traditional song and beer shotgun. 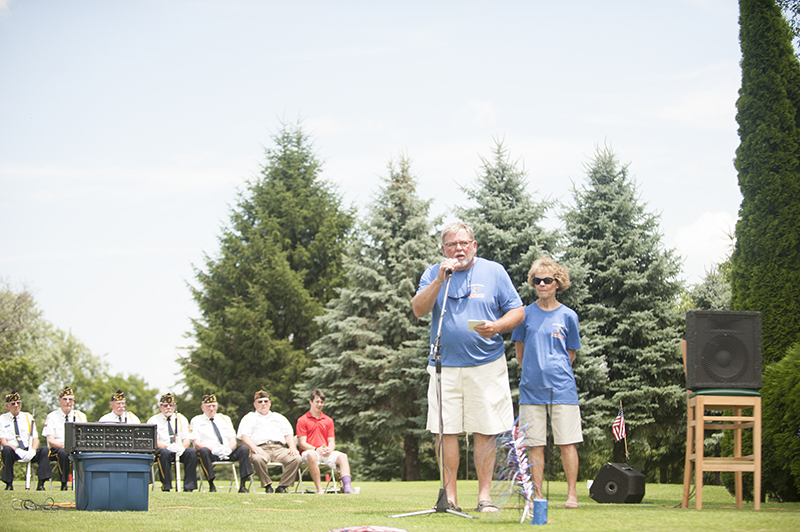 Don Goodnature, with his wife, Deb, speaks to the crowd about their son, Corey. and introduces the 2016 Memorial Scholarship winners during Saturday’s ceremony.

A silent auction and pork chop dinner was held after participants had completed their round.

Conger Meats supplied the chops, as family and friends gathered around tables to share stories and laughs of Corey.

“Night Stalkers don’t quit” was the theme of the day.

On Saturday and, more importantly every day, Corey’s memory will continue to live on.

Excerpt from MC speech on Saturday