Group focuses on family and fun 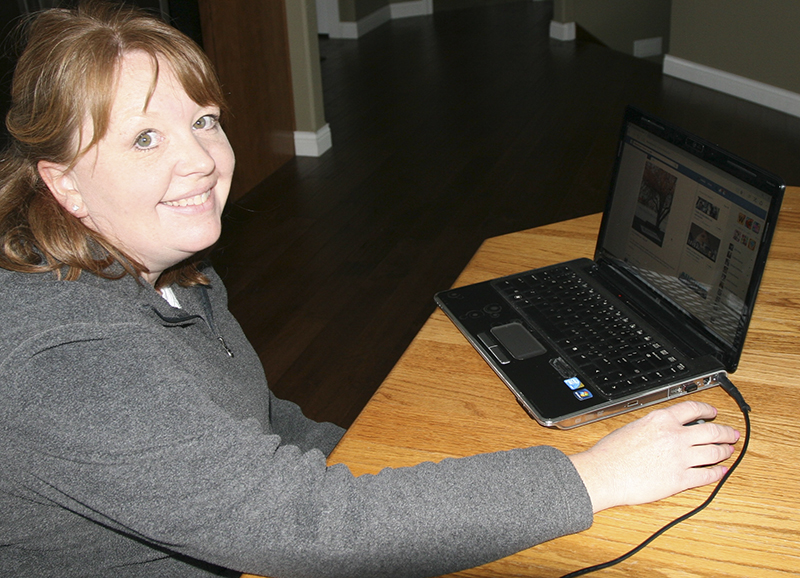 Belinda Krysan offers a one-stop shop for fun family events on the “Happenings in Albert Lea MN” page on Facebook. With almost 1,400 members, the group offers a continual feed of activities, classes and news for area residents. - Cathy Hay/for the Albert Lea Tribune

Via Facebook on her laptop, Belinda Krysan offers a portal to exploring all types of family fun in the Albert Lea area. Live music, school open houses, pizza fundraisers, art classes — all this and more are posted on the “Happenings in Albert Lea, MN” page.

Krysan and her husband Craig moved to Albert Lea from Eagan six years ago when he started working for a local implement dealer, now KEI/Kibble Equipment. Krysan worked as a nurse before deciding to stay home full time with their daughters, Lauren, 4, and Reagan, 2. The couple both grew up in communities smaller than Albert Lea and are passionate about living here.

“I really like all the events they put on for families,” she said. “That’s huge for a community this size.”

While people often focus on the county’s aging population, she finds plenty of events for families, like the movie “Frozen” shown at Fountain Lake Park last summer and The Big Freeze, with a carnival and other activities for children earlier this month.

But Krysan was a bit frustrated with finding out about events, especially after moving from the metro area with numerous restaurants, venues and activities.

“It was difficult to find out what’s going on or I’d find out after the event,” she said.

While home on New Year’s Eve in 2013, she started “Happenings in Albert Lea” on Facebook, aiming for a one-stop shop for families to find things to do. She succeeded. As of mid-February this year, almost 1,400 people had joined the “Happenings” group.

Facebook is a social networking company that enables users to connect and share through mobile devices and personal computers. Social media offers a synergy with people posting and sharing information, creating an ongoing cycle of alerting members.

Krysan reads the Albert Lea Tribune every day and the Freeborn County Shopper every week, looking for happenings to post, along with reading friends’ Facebook pages, subscribing to other groups, and checking out bulletin boards at the Albert Lea library, City Arena and other places. Members can also post events and news to the Happenings page.

Posting photos is the key to getting people’s attention, she said. By logging on in the morning and at night after her daughters are in bed — and in the afternoon if the girls take a nap — she finds time to update “Happenings” without it consuming her life.

In mid-February, the Happenings group totaled 1,353 members, with more coming in spurts. It’s a closed group so she can vet people to make sure content is appropriate for families and focused mostly on the Albert Lea area. Her criteria for joining the group is pretty simple: A prospective member has a Facebook friend already in the Happenings group, is a mutual Facebook friend of hers or lives in Albert Lea. She’s starting to notice more members from surrounding towns like Emmons and Glenville.

“I want everyone to share and post stuff on there, to involve themselves in Happenings,” she said. “It’s not my group, it’s everyone’s group to share family appropriate things in Albert Lea.”