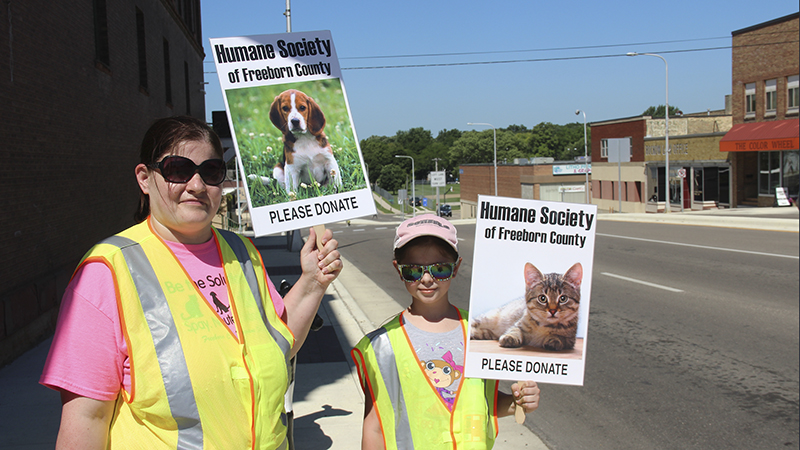 Volunteers stood on the corners of Broadway and Main Street on Friday to collect funds for the Humane Society of Freeborn County during the annual Buckets on Broadway fundraiser.

Shelter staff had hopes of raising $25,000, or one quarter of the shelter’s yearly veterinary care costs, according to Ryan Arbuckle, assistant director of the shelter.

The costs cover vaccines, important health tests, veterinary examinations and spaying or neutering for animals to avoid overpopulation. Adoption fees go to cover some of these costs, but there is still a need for donations, Arbuckle said.

While vetting costs may be the largest costs to the shelter, there are still many other costs the shelter incurs, he said. 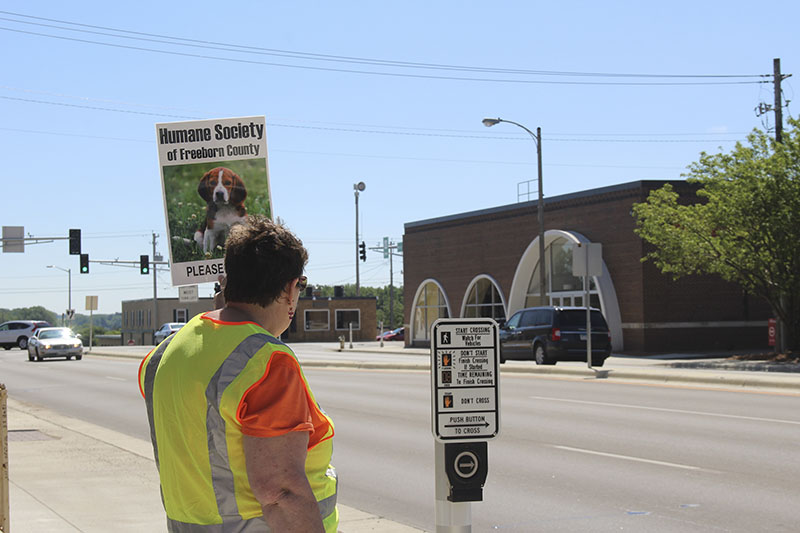 The shelter hopes to expand to give the animals more room, but it all comes at a cost.

Arbuckle noted if everyone in Albert Lea just brought $1, the Humane Society would nearly reach its goal.

The shelter holds many cats and dogs available for adoption, as well as lost dogs. Arbuckle has noticed a large influx of lost dogs in the summer months, which makes space in the shelter even more limited. The Humane Society also receive animals from other shelters all over the Midwest.

The Humane Society of Freeborn County has had the Buckets on Broadway event since around 2009. The shelter will host additional fundraising events in the future.