Known for its high open enrollment numbers, Alden-Conger School gets ready to expand 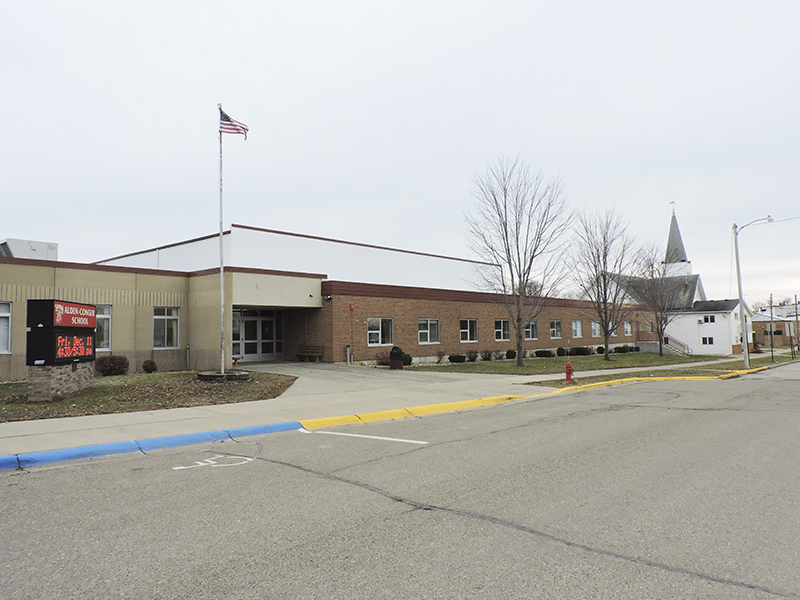 Alden-Conger School will add an addition on their school this summer to help accomodate its current enrollment, almost half of which is made up of students who open enroll to the school. - Kelly Wassenberg/Albert Lea Tribune

Buses leave the school in all directions headed to Albert Lea, Kiester and New Richland before circling back to Alden-Conger.

“We have quite an expansive bus route,” Alden-Conger Superintendent Brian Shanks admitted.

It’s really not that surprising of a comment when you consider that approximately one out of every two students who attend the school are a direct result of open enrollment.

Shanks refuses to take credit for the consistent number of students Alden-Conger draws in from other districts.

“The open enrollment phenomenon, if that’s what you want to call it, has been going on long before I got here,” Shanks said.

Shanks has only been with Alden-Conger for five years, serving as the principal for the first three years and a superintendent for the last two. Alden-Conger’s open enrollment trend has been making waves for over a decade. 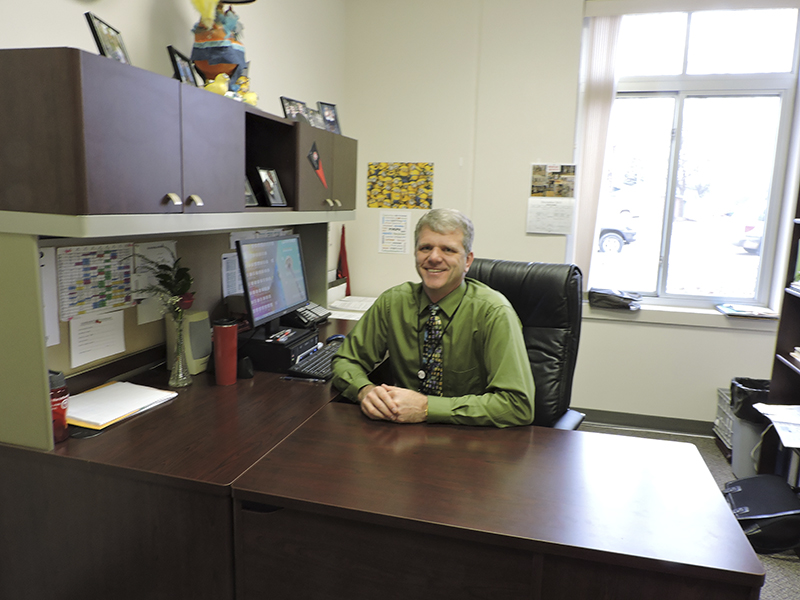 During the 2001-02 school year, Alden-Conger boasted the accolade of having the highest percentage of open enrollment students of any school in the entire state. Shanks said he does not track the school’s rating, yet he doesn’t doubt they are still at the top of the list — maybe not in the No. 1 slot, but close.

The trend has had positive ramifications for the district. While some small districts struggle to maintain their facilities, Alden-Conger will be adding onto its current facility to accommodate its student body and continue to expand its curricular programs.

He said the district doesn’t necessarily have all the bells and whistles that some of the larger districts can offer, but it does provide its students with a quality education. Students who take all the college concurrent classes available can accrue between 20 to 30 college credits, and the district constantly adapts to its students’ needs.

“Every year we look at how we can better serve our students,” said Shanks. “We went to an eight period day this year. By adding an eighth period we created 12 to 15 brand new or upper level classes that we never had.”

Parents who open enroll their children at the school tend to be more concerned with the environment though. Shanks reports the two most common reasons given by parents for looking into Alden-Conger is that it is a small school and the individual attention their children can receive.

“If you are looking to come to a school and to be anonymous, that’s not going to happen here,” Shanks said he tells parents. “When you come here we’re going to be aware of who you are, what you are doing and what you are capable of. That seems to resonate with the parents.”

The influx of open enrollment students has led to a conundrum over the past as well. Shanks said he doesn’t have space for all the students the school currently has.

“I would say I have a math teacher and two phys. ed  teachers which I refer to as my nomad teachers; they don’t have a classroom.”

As a result, the school has had to be creative by juggling teachers in and out of rooms, sometimes displacing teachers during their prep periods, holding classes in conference rooms and using the media center for study hall periods.

That, however, will all change by next year. Along with doing a few building upgrades, four new classrooms will be added to the north end of the building this summer. The United Methodist Church, which is on the south side of the school’s property, will also be demolished at this time.

“On June 6, they’ve told us the heavy machinery will be here and basically the school will be off limits,” Shanks said, noting he has been promised the work will be done before classes begin in September.

“We’ve got it pretty good in Alden-Conger,” he said. “We have got a really good school. We provide a quality education. We’ve got good kids and we have a great community that is unbelievably supportive.”

Why Alden-Conger?: After living in Truman for 27 years, he and his wife decided it was time for a change. The couple now live in Albert Lea.