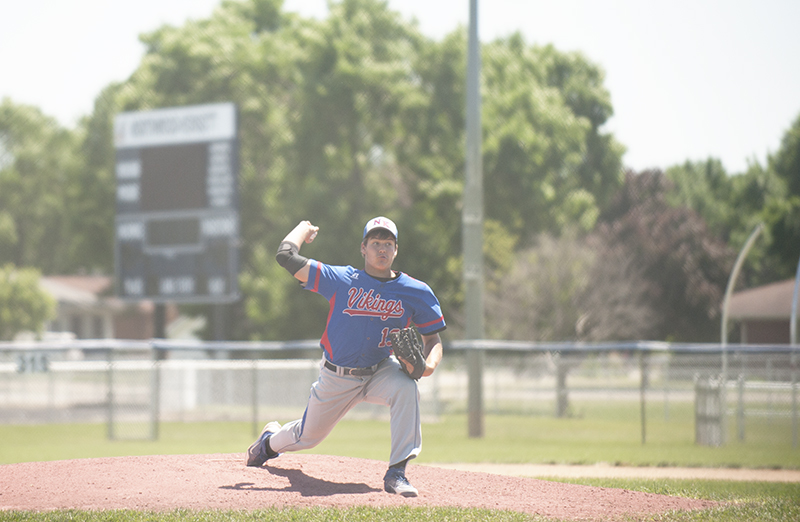 NORTHWOOD — Northwood-Kensett trailed by just one run entering the top half of the seventh inning.

Being at home, all the Vikings needed was three outs to get themselves back into the dugout for a chance at heroics in the bottom half of the inning.

Unofrtunately, the Rockford Warriors didn’t allow that to happens. Things quickly snowballed for the Vikings in the inning and, in the end, the Warriors put up seven runs in a 13-4 victory Monday afternoon.

The Vikings got off to a good start by scoring a run in the first inning on an RBI double byTrevor Varner.

The Warriors responded with one run each in the second, third and fourth inning. Northwood-Kensett got one back in the third inning, thanks to another RBI double with this one coming from Trace Carman.

The Vikings’ biggest blow to the Warriors came courtesy of Varner in the fifth inning when he launched a two-run homer to straight center.

This gave the Vikings a 4-3 lead heading into the final two innings.

The Vikings changed pitchers, with Varner relieving starter Garrett Thompson, who struggled with his command at times, but also struck out seven batters and allowed just two hits.

Varner walked the first batter he faced. A few pitches later, that leadoff walk would end up scoring a sacrifice fly to tie the game. 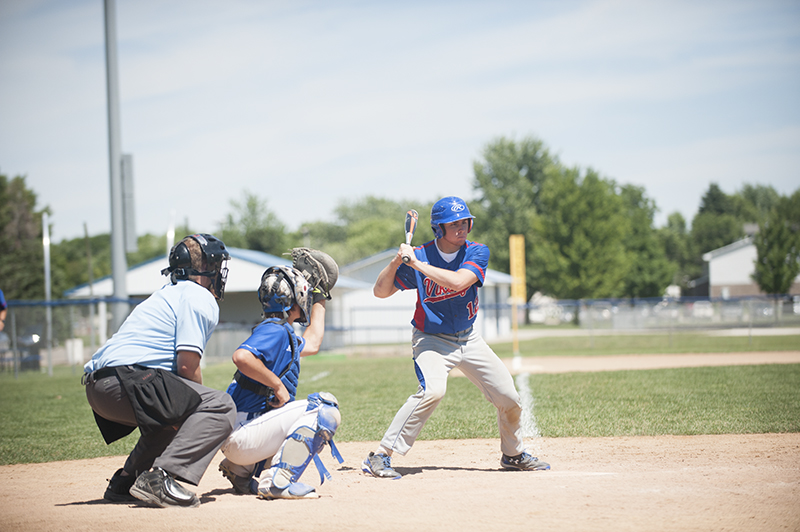 Later in the inning, the Warriors would dump a single over shortstop that brought in two more runs.

Varner got a strikeout to end the inning, but some damage had been done. The Warriors took a 6-4 lead.

Varner walked the first two guys in the seventh inning, and Logan Benjegerdes came in to relieve Varner.

The Warriors got a bunt base hit to load the bases with no outs.

Then came the runs.

Benjegerdes walked the next batter, but then got a strikeout and a groundout, despite another run crossing the plate.

The Warriors added two more runs in the inning to take a 13-4 lead.

Starting pitcher Kayden Lyman found himself in a jam in the bottom of the inning with only one out.

The Vikings had the bases loaded and a chance to get back into the game. However, Lyman was able to get one of his 13 strikeouts on the day, and then the last batter to popout to end the game.

The loss is the second in a row for the Vikings after they had won three of their previous five games.