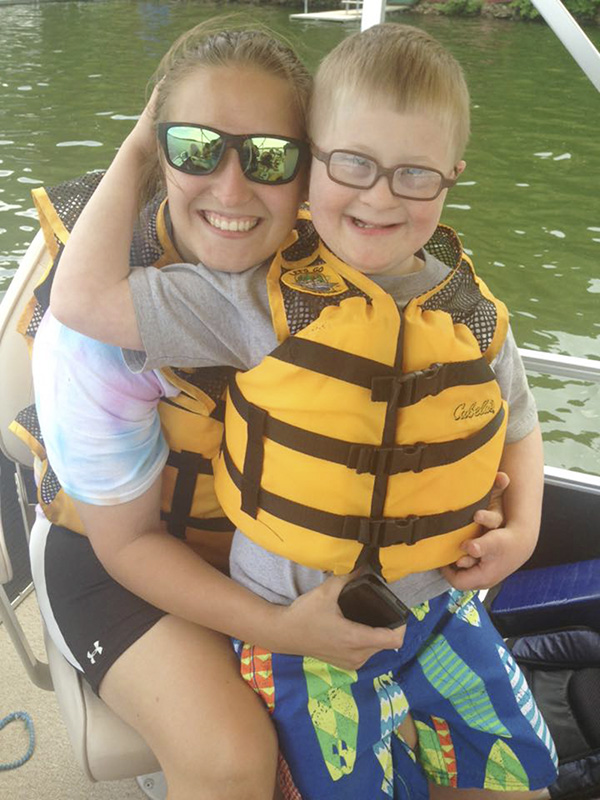 A camp counselor and camper enjoying a boat ride at Camp Courage. — Provided

The corn drive tradition began in 1953. After a large storm passed through the area, Freeborn FFA Adviser Lee Asche had the idea to gather the corn that fell to the ground and sell it to the elevator. They took the $90 raised from the effort and donated it to Camp Courage, which allowed one Freeborn resident with polio to attend summer camp. Since then the corn drive has raised over $5.5 million for Camp Courage and True Friends.

Today, over 60 chapters participate in the corn drive each year to help support campers. A brand new, state-of-the-art ropes course has been built at Camp Courage.

The course is one-of-a-kind because it is completely wheelchair accessible. Campers will have independent control of deciding when they would like to ascend and descend rather than relying on staff.

The rope course is one example of True Friends carrying out its mission of providing life-changing experiences and adventures that enhance independence and self-esteem for children and adults with disabilities.

For more information about True Friends and Camp Courage, call 952-852-0101 or visit www.truefriends.org.