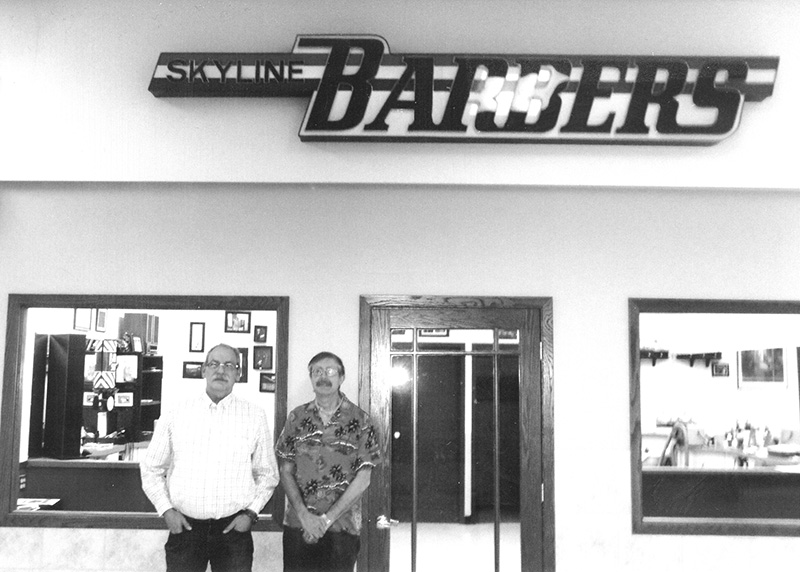 The traditional barber shops as people know them today were totally different centuries ago and were known as one of the world’s oldest professions. Even though there were vast differences at that time, studies show that the art of “barbering” still included hair cutting, shaving, beard trimming and hair coloring.

In the early Christian times, barbers did bloodletting, performed most dental procedures and administered herbs and many forms of medication.

These ancient barbers would hang their bloodstained bandages up to dry outside their shops.  As time went on, these stained bandages became recognized as an emblem of the barber-surgeon’s profession. Later the emblem was replaced by a wooden pole of white and red stripes — which is now a universal symbol of the “barber shop.”

The modern era has changed most all of these ancient barber-surgeon techniques to the present laws governing the barber profession.

One of three modern barber shops in Albert Lea is Skyline Barbers in Skyline Plaza.

Even though most people think the current barber shop is just for men’s haircuts, he indicated that about 10 percent of his customers are women.

Raatz said the hair lengths have changed over the last 50 years from long to short, short to long and anything in between.

When asked about retirement, Raatz indicated that there are no retirement plans, and he will continue to work as long as he is in good health.

He enjoys the traditional talk in the barber shop from his customers, which can be anything from city issues, family stories, the weather or just day-to-day gossip.

He has had some of the same customers coming back for over 49 years.

Raatz also works with another barber in the shop, Mark Olson, who has 34 years of experience as a barber.