Funeral services for Maynard John Rathai of Albert Lea will be at 1 p.m. Friday at Bonnerup Funeral Service in Albert Lea. The Rev. Dale Tupper will officiate. Visitation will be one hour prior to the service. Interment will be in Calvary Cemetery in New Richland. 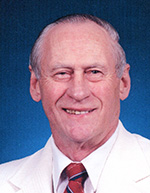 Maynard was born May 19, 1934, in Wells, the son of Vincent and Anna (Veloske) Rathai. He graduated from high school in Minnesota Lake and lived most of his life in Mankato. He had been employed for over 24 years at Minnesota Automotive “MICO” in Mankato.