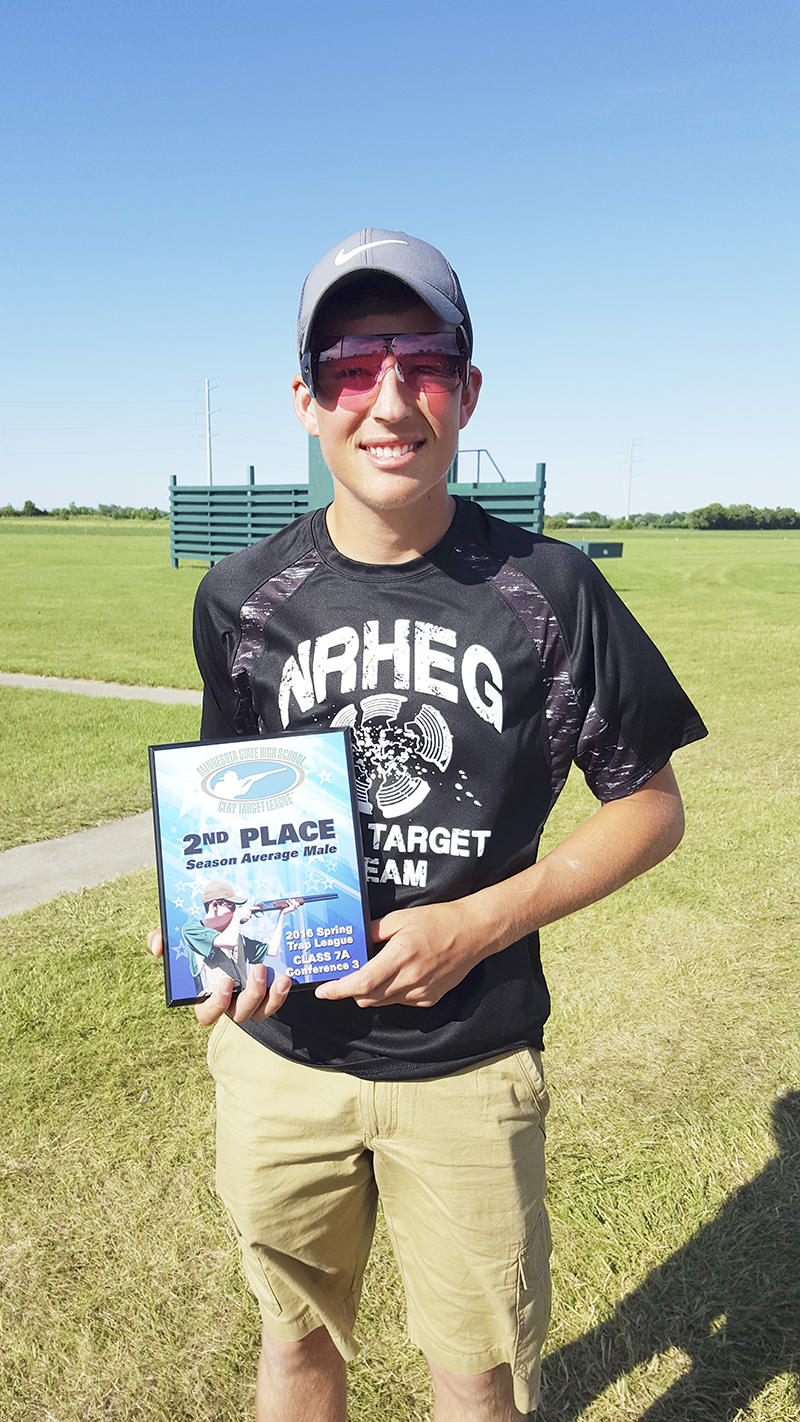 NRHEG’s Collin Christenson hold his plaque for the finishing with the second-highest average for Conference 3, Class 7A during the Minnesota state tournament for Clay Target Shooting. – Provided

NRHEG earned a state berth, and traveled to the Minneapolis Gun Club in Prior Lake to compete and to try to come away with a state championship. A tough first round meant the Panthers needed a brilliant second round.

They got it, but it was too little too late. NRHEG put up a solid score of 468, but it wasn’t enough to come crawling back, as they finished fourth in the state.

Thirty-eight teams in eight classes qualified for the tournament, with each team creating a five-person team with two alternates.

NRHEG had a tough first round, as they managed to capture only 226 points. Romer led the way by nailing 47 of 50 targets.

That placed the Panthers in 11th after the first round, meaning they had quite a bit of work to do if they wanted just a shot at the championship.

St. Michael-Albertville and Bemidji led all teams with a score of 238.

The second round was a different story for NRHEG.

The five-man group put together one of their best rounds of the entire season and the second best round of the entire day, scoring 242 points to put them back into contention. 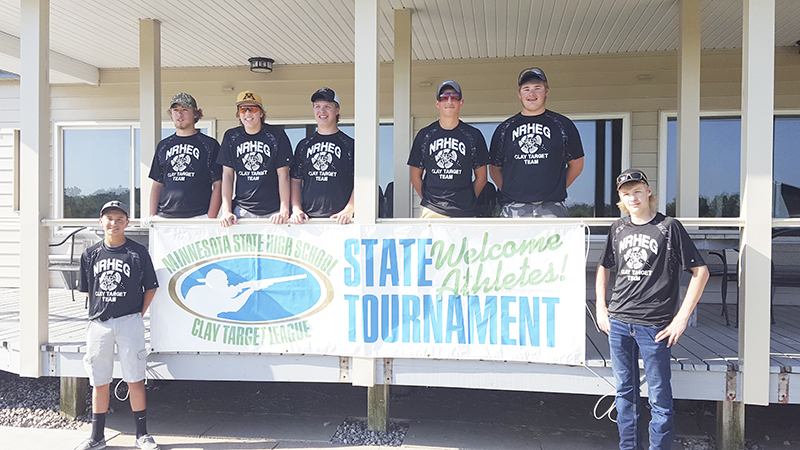 “It was a huge round for the team,” said NRHEG coach Dan Sorum. “They really need that (second) round to stay competitive.”

That huge round vaulted NRHEG into second place. Slowly, the Panthers began to fall, though. Teams like St. Michael-Albertville leaped-frogged them. Then, Bemidji. In the end, NRHEG’s score of 468 was good enough for fourth place.

“They may have finished two points out of medaling, but their finish was a sight to see,” Sorum said when talking about his team’s second round. “They can certainly hold their head high.”

Romer led his team with a score of 96.

The afternoon was something a bit different. The top 100 scorers for averge over the course of the season competed, with NRHEG having two shooters make the cut. Collin Christenson and Bartz made a reappearance in the event after both competed in the event in 2014.

Christenson held the state’s fourth-best average (24.5), but couldn’t quite match that average Saturday. He was still able to square up 97 of 100 targets, though, giving him an average of 24.25. Remarkably, he nailed his last 70 targets in a row, and missed medaling by just one point.

Like Christenson, Bartz had an impressive season as well. He finished with a team average of 23.9, and was on his game Saturday as he knocked dead 96 targets.

“Both (Collin) and (Kyle) improved significantly from their previous trip to the individual shoot two years prior,” Sorum said.

While the Panthers didn’t bring home a championship, they still had a great season, and won the conference and Class 7A championships.