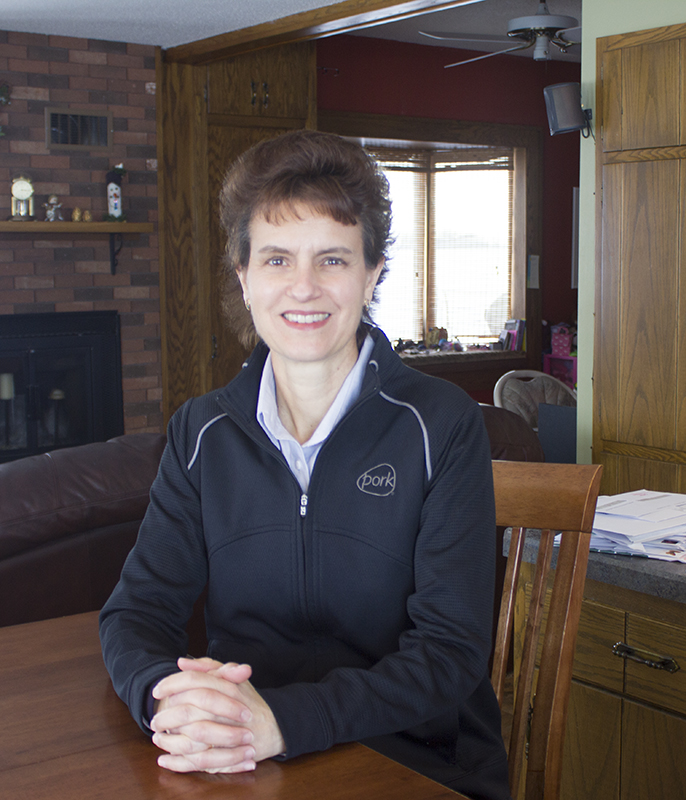 EASTON — A rural Easton woman has just completed her second term as president of the Minnesota Pork Producers Association.

In her second year as president, Lori Stevermer was involved with the organization’s advocacy efforts, including visiting with lawmakers about the economic impacts of the pig industry.

She discussed road improvements and visited with Lt. Gov. Tina Smith, discussing transportation and the need for good roads and bridges.

Stevermer talked about a Department of Natural Resources rule ordering any farm using more than 1 million gallons of water to obtain a permit. She and other members discussed with the DNR the impact the regulation would have on farmers to avoid adverse effects.

She was involved with consumer advocacy efforts and discussed the job of farmers to consumers.

Stevermer was first elected president in December 2013, though she was elected to the board in 2009.

She said her interest in serving on the board was sparked by her enjoyment of getting involved with different hog industry issues and activities.

She works for Hubbard Feeds, an animal feed company.

Stevermer said the job is a good companion to her position by allowing her to incorporate things she’s learned from her job to the board.

She was also recently named to the Domestic Marketing Committee for the National Pork Board that works on increasing consumer demand.

She said being on the board gives her a chance to meet more people.

Stevermer said farming can be a positive profession for young people and said it offers science and technology, the opportunity of being your own boss and having a flexible schedule.

She said farming needs an influx of young people.

In her spare time, Stevermer enjoys attending her children’s activities, including cross country and track. An avid runner and bicyclist, Stevermer has participated in Mankato Marathon and Grandma’s Marathon.

Why did you serve on the Minnesota Pork Producers board?

2,500 – Hogs the Stevermers market off their family farm