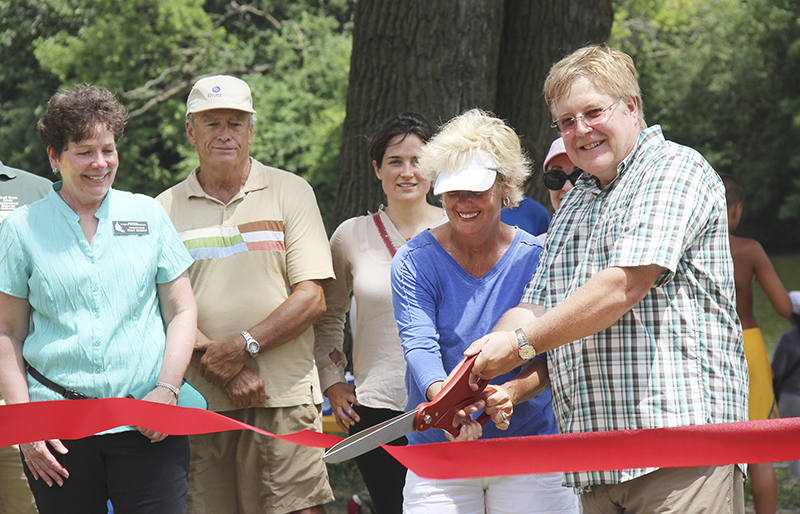 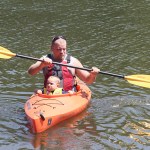 People of all ages took advantage of the opportunity to canoe or kayak for free on Saturday during the Just Play festival and dedication of the Shell Rock River State Water Trail. – Sarah Stultz/Albert Lea Tribune 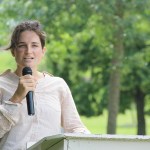 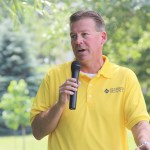 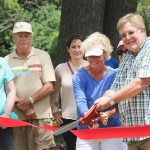 Local and state officials on Saturday celebrated the designation of the Shell Rock River State Water Trail after three years of planning and lobbying.

The trail begins at the headwaters of Fountain Lake, travels 20 miles south and passes through the city of Albert Lea, Myre-Big Island State Park, the city of Glenville and two wildlife management areas, before ending at the Minnesota and Iowa border. It is Minnesota’s 35th water trail.

Bill Howe, one of the organizers of the project who serves on the Citizens Advisory Committee for the Shell Rock River Watershed District, said though it had been a long journey to achieve the designation, the result is “wonderful.”

He said he and others first started to discuss the project in April 2013. They researched what was needed for a state water trail, including different access points along the trail.

Minnesota Gov. Mark Dayton established it as a Minnesota Department of Natural Resources trail on June 14, 2015, after getting legislative approval.

Howe said he has seen a continued increase in the usage of the trail. He talked about a family he had seen the day before from out of state who were visiting and who had found a brochure about Albert Lea.

Susie Petersen, executive director of the Albert Lea Convention and Visitors Bureau, said she was fortunate to work on the project and talked about the importance of the lakes and the trail to the identity of Albert Lea.

“We feel it’s a strong point for the community,” Kehr said.

The keynote speaker at the ceremony was Natalie Warren, river corridor steward at the St. Croix River Association. Warren and Ann Raiho were the first two women to paddle 2,000 miles from Minneapolis to Hudson Bay, following the same route Eric Sevareid paddled in 1935 and wrote about in Canoeing with the Cree.

Warren talked about what benefits she has seen in her experience of water trails and how they can have not only economic and recreational benefits, but social benefits as well.