The benefit of seeing differently

Across the Pastor’s Desk by Mark Boorsma

Mark Boorsma is the pastor at Ascension Lutheran Church in Albert Lea.

Especially in presidential election years, belief bias functions like vastly different lenses through which people see issues and candidates. The insight of belief bias is that each person tends to believe what she or he already believes. Operating under this bias, we tend to embrace data if it supports our existing beliefs, but we will discount and discredit data that conflicts with those beliefs. Unfortunately, this greatly impairs our capacity to see accurately and take in new information. 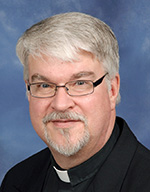 Luke 7:36-50 presents a story with three principal characters:  an unnamed woman, a religious partisan named Simon and Jesus of Nazareth. As this story unfolds, the two men in the story interpret the woman very differently. Simon sees a sinner. Without elaborating the exact nature of her sins, the text indeed describes her as a sinner. So it’s not that Simon is wrong, but his strong bias accents and escalates her guilt in his eyes and blinds him to her other attributes. It’s as if he can’t quite see her as a person, as an equal, as his sister in faith fully beloved by God. He only sees a sinner, someone whom he thinks Jesus should know to avoid.

The woman wets the feet of Jesus with her tears, dries his feet with her hair, kisses his feet and anoints them with aromatic ointment. Jesus sees and interprets the woman’s actions as showing great love and observes that Simon has neglected the three usual welcoming gestures of a host in that culture: washing, kissing and anointing. But the woman has performed lovingly these acts of hospitality that Simon ought to have done. Simon is derelict in his duty as host. But while Simon has been busy fixating on his perceptions of a sinful woman and a defective prophet, the woman has filled in for him as gracious host.

The incisive question Jesus asks Simon is, “Do you see this woman?” Not just are you aware she’s here, not just are you sure you’ve evaluated her accurately — but do you see that by her great love she has replaced you as the attentive and respectful host here?

Jesus sees not a sinner full stop, but a loved and forgiven child of God who is freed by forgiveness to love lavishly. The eyes of Simon would imprison her forever in an epithet, but the eyes of Jesus set her free. So it goes with you and me, as well.

So what about us? Whom have we judged incorrectly? Whom have we failed to offer hospitality? Do we truly see one another? Have we yet embraced Jesus in the disguise he promises to wear — that of the stranger and the “least of these?”