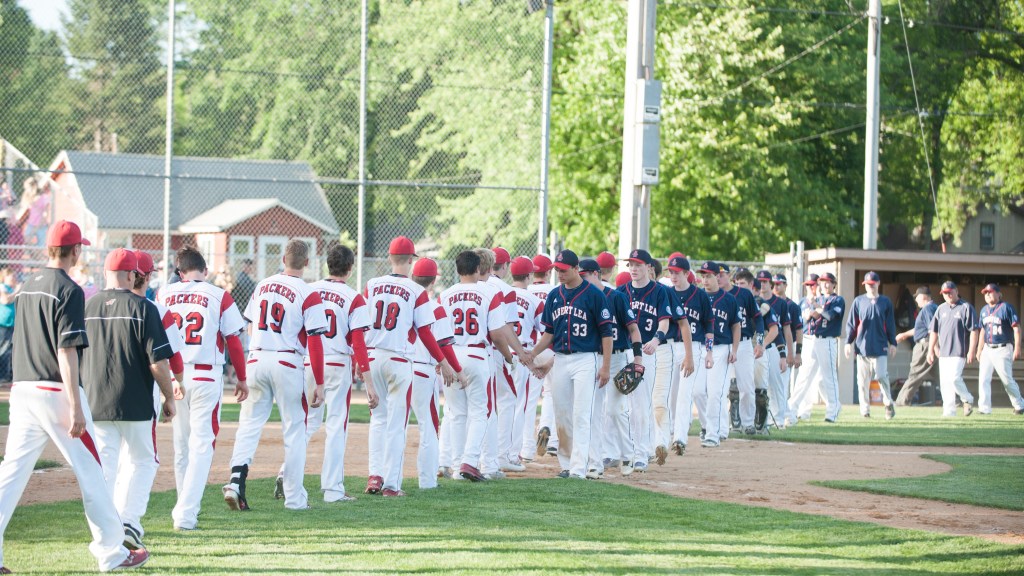 The fourth matchup between Albert Lea and Austin took place Wednesday. With the Tigers dropping the first three meetings of the season — including a playoff game on Monday — to the Packers, the Tigers got revenge when it mattered the most. Albert Lea took advantage of five Austin errors, effectively ending their season with an 8-3 victory.

“We played with a lot of energy,” said Tigers coach Joe Sczublewski. “We had some tough losses to (Austin) earlier in the year. We came out and played very good ball.”

The Tigers jumped on the Packers in the first inning. Back-to-back hits from Mason Hammer and Jake Thompson had the Tigers on the board with their first run of the game. Austin committed three errors in the inning and found itself in a 3-0 hole.

Tigers starting pitcher Taylor Heavner found himself in trouble in the second inning as the Packers knocked him around a bit, then were patient at the plate. The best thing for Heavner was that most of the trouble he created came with two outs in the inning. He managed to only give up one run, and the Packers left the bases loaded.

The Tigers added more runs in the second inning, as Thompson drove in two runs when he crushed a double off the wall. Cody Ball and Tanner Bellrichard singled, then Thompson delivered the big blow off Packers pitcher Dylan Gasner.

The Tigers added another run when Hammer drove in Garrett Piechowski in the fourth inning.

“We got more timely hits on offense,” Sczublewski said. “We were able to take advantage of (Austin’s) mistakes, and we were able to limit our mistakes.”

Heavner labored through 5 1/3 innings, but did his job. He bowed out in the sixth inning, and Jacob Bordewick came on in relief — an area where he has excelled over the last three weeks.

“(Jacob) has been tremendous for us,” Sczublewski said. “He has been nothing but extremely reliable, and my confidence in him has grown. He is pitching very well for us.”

After going 6-7 in two games on Monday, Hammer continued to stay hot at the plate. He finished 3-4, which actually lowered his batting average. In three playoff games, he is batting .818.

The victory keeps the Tigers’ hopes alive for another game, and they will have a few days to rest up before hitting the road again.

They will travel back to Red Wing to play Winona at 11 a.m. Saturday.