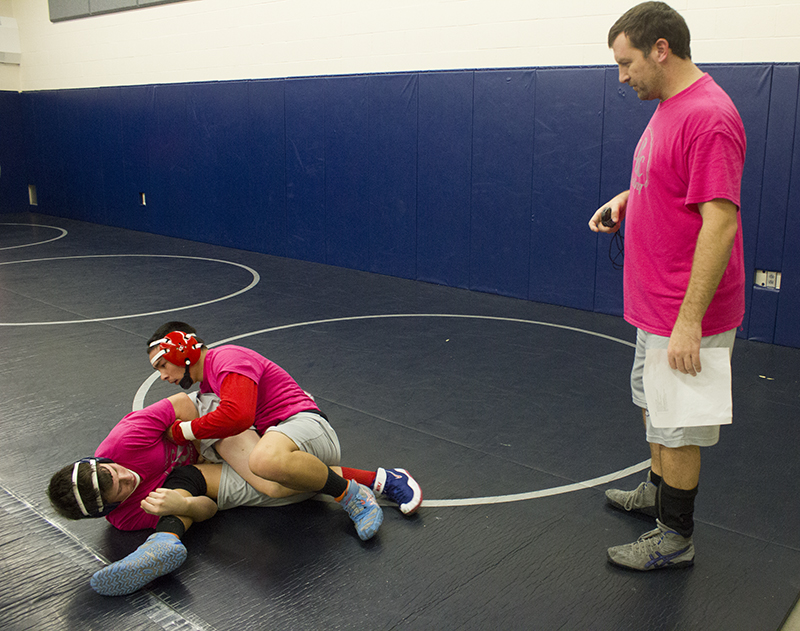 WELLS — His voice boomed through the United South Central wrestling room, offering instructions to wrestlers — instructions not only meant for the wrestling mat, but for life.

Routh graduated from NRHEG in 1996, where he wrestled and played football.

As a wrestler, Routh finished fourth in the state tournament as a senior.

His brother, Dan Routh, was the first NRHEG wrestling state champion in 1997.

Robert Routh graduated from Minnesota State University, Mankato in 2000 with an English degree.

He married his wife, Sara, and moved to Aurora, Colorado, in 2001, where he served as varsity head coach at Gateway High School and then as an assistant coach at Grandview High School.

Routh moved back to Minnesota in August 2014 because his wife was offered a job as a school counselor at Medford High School.

The couple moved to Waterville in October 2014. 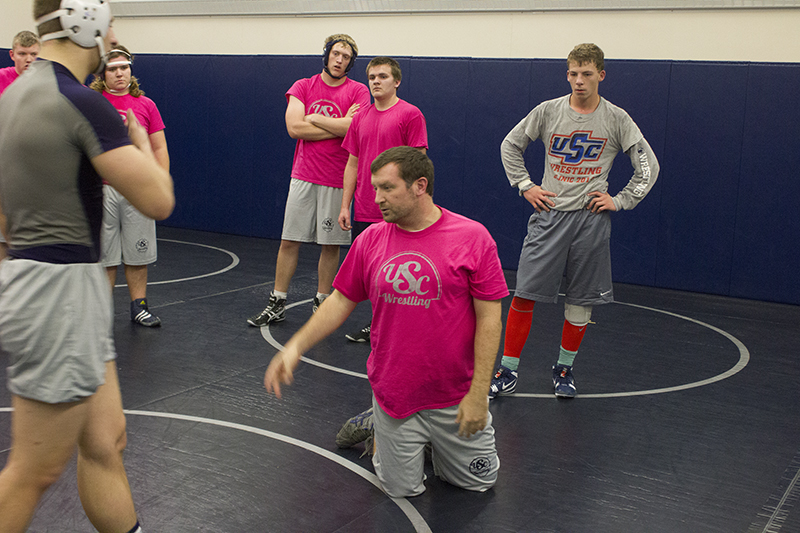 After a year break from coaching, Routh said he was impressed with United South Central’s new school and facilities.

“I kind of liked what I saw, felt good about the situation,” he said.

Routh is a ninth- and 10th-grade teacher at Mankato Loyola High School.

Although his commute is long, he doesn’t regret taking the job at United South Central.

“I just love coaching,” Routh said. “I love kids and the sport.”

Routh is looking to advance the United South Central wrestling program by increasing the number of children who are in the program and developing the program’s tradition of winning.

He hopes to have the community become more intertwined with the program.

“People want to see that part back again, they want that,” he said.

Routh said the lessons learned on the mat can transfer well past school, and he is looking for the wrestlers to develop as both wrestlers and as people under his tutelage.

“Getting back up again after being knocked down, after falling, is important in wrestling and in life,” he said. “What you put in you get out. If you wrestle and practice well in the season and work harder in the off-season, the better you get.

“You either win or you lose, but in essence, it’s the time and work you put in compared to the other person.”

Routh wants wrestlers to create their own story that he can re-tell after the athlete leaves to inspire the next generation of wrestlers.

He expects the team to become better by the end of the season.

“There is a good chance that we may struggle in the beginning of the year at duels,” Routh said. “But, those teams that beat us early, we will have a strong chance to defeat them come tournament time.”

Routh said the program has good athletes, and he expects the team’s skill to catch up with its athletic ability.

13 – Years Routh and his wife, Sara, lived in Colorado before moving back to Minnesota