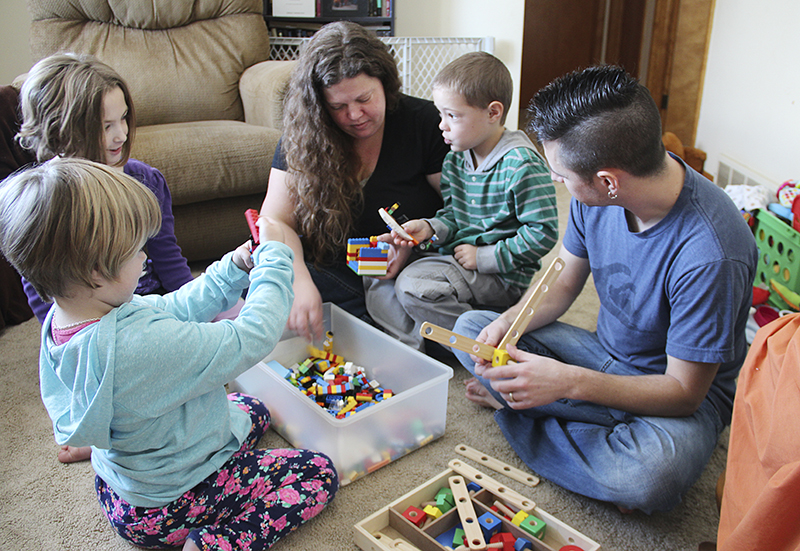 Robin Russell and her husband, Mark, play Legos with their children, from left, Naomi, Maddie and Titus. Not pictured is Timothy, 1. - Sarah Stultz/Albert Lea Tribune

On top of her life as a busy mother and a homeschool teacher, one Albert Lea woman has made it her mission to promote her hometown.

With a growing audience, Robin Russell is spreading news about the good here through social media.

“I want to create a community that my kids don’t want to run away from — where if my kids do go away and experience the world, they want to say ‘I want to go home,’” Russell said.

Her efforts started as a family blog online in 2009.

Called “Russell’s Adventures,” it was used as a means to keep her and her husband’s family updated on the happenings with the family.

Since then, and particularly in the last year, the blog has grown to where she has had more than 3,000 views on some of her posts.

One of Russell’s blog posts, titled “Revival of a Small Town,” was her first indication that people liked reading about Albert Lea and the many amenities the city has here.

Some of the things she likes about Albert Lea are the downtown, the beauty of the city and the many things available to do for young families.

“It feels like it’s causing people to remember that they loved living here,” she said of the blog. “It’s that small-town feel with the big-city opportunities.”

She said she hopes her effort, along with the impact of others, will help attract others looking to move to the community.

She has plans in the future for posts about local entrepreneurs and why they choose to be in Albert Lea. 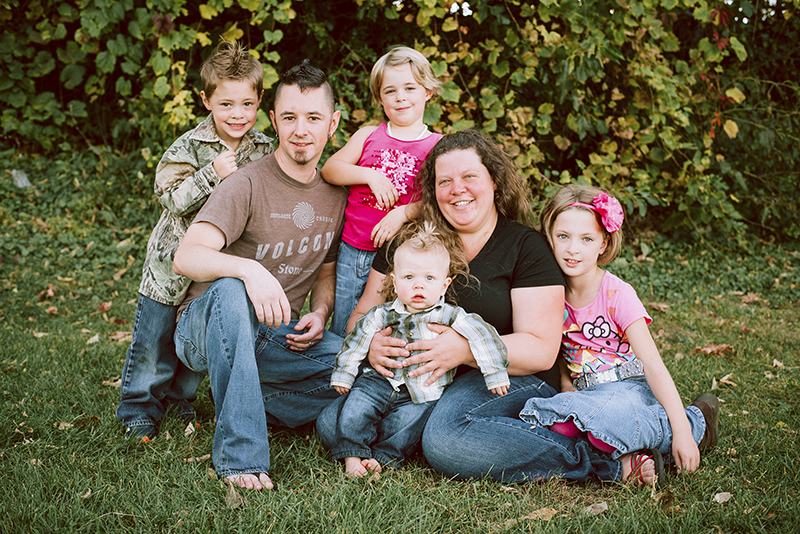 Committed to the Albert Lea community

Russell was born and raised in Albert Lea and graduated from Albert Lea High School.

She completed a year and a half at Riverland Community College before realizing that the college life wasn’t for her. She then asked her parents if she could take a year off and found a camp to work at in Colorado.

That one year turned into several, and it was there she met her husband, Mark. She said after they got married, they planned to come back to Albert Lea — but only for a couple years.

“We didn’t know where we were going, but we weren’t going to stay,” she said. “Then we had our oldest daughter.”

“Up until this last year, we were always in the mindset of moving,” she said. “The year we had our twins was when Mark said, ‘This is why we’re here.’”

Since that time, the couple said they committed themselves to Albert Lea and have been involved in several efforts, including the Idea Splash, an event where people could apply for grant dollars for a community project and a social media breakfast.

In addition to their family and faith, they said they are passionate about homeschooling.

“We love the small-town feel, and we love all that there is to do here. We love how family-friendly our community is.”