3 charged with felonies after heroin bust

AUSTIN — Three Austin residents arrested Thursday as part of an ongoing heroin investigation were charged with one felony each in Mower County District Court on Friday. 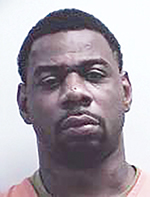 Tyrone Alexander Bennett, 37, was charged with third-degree sale of a narcotic drug; while Brianna Leigh Capretz, 22, and Miguel Hernandez-Miller, 23, were both charged with fifth-degree drug possession.

Austin police executed a search warrant as part of an ongoing investigation at 12:25 p.m. Thursday at a home on the 200 block of First Street Southeast.

Bennett was apprehended shortly after police saw him leave the residence, and police found Capretz and Hernandez-Miller smoking heroin with an open bag of heroin between them in a back bedroom of Bennett’s apartment, according to court records. 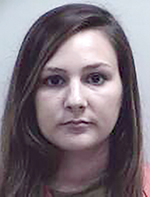 The two were apprehended, and Capretz told officers she had two more bags of heroin in her purse. Police seized the heroin, $375 on Bennett, two Motorola cell phones and various heroin paraphernalia.

According to court records, Capretz admitted to buying heroin from Bennett and smoking it with Hernandez-Miller, adding they planned to smoke before walking back to Hernandez-Miller’s home. She allegedly told officers she bought three bags of heroin around noon for $150 and that she had bought heroin from Bennett about 10 times in the last month and a half. She also told police she witnessed Bennett sell to two other people while in his apartment.

Hernandez-Miller confirmed to police that Capretz bought the heroin, which he smoked with her, according to court records. 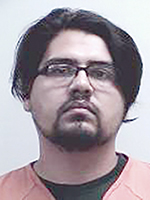 Bennett denied selling heroin to Capretz and Hernandez-Miller, but he claimed he has sex with heroin users at his residence — adding he was not a dealer but obtained heroin for people who needed it, according to the court complaint.

Bennett, Capretz and Hernandez-Miller are scheduled to appear next in court on Aug. 1.

— Alex Smith contributed to this report.