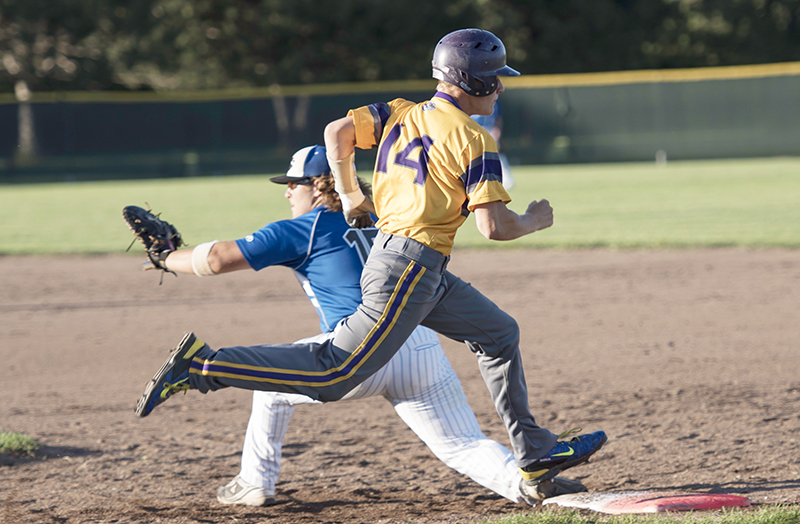 Lake Mills leftfielder Alex Albert beats out a throw to first base during Wednesday’s playoff game against Central Springs. Albert finished the game going 2-4 with an RBI. Lory Groe/For the Albert Lea Tribune

It was win or go home for the Lake Mills Bulldogs,  as they traveled to Central Springs to take on the Panthers Wednesday night.

The two teams had met earlier in the year, with Central Springs winning by a score of 6-5.

It wouldn’t be as close this time around.

The Panthers used a five-run fifth inning to take an 8-0 lead.

The Bulldogs battled back, but it was too little too late, falling 11-6 and ending their season.

After a masterful performance against Osage, Slade Sifuentes found himself on the mound, again, against Central Springs.

Sifuentes got through the first four innings with little damage done to him, but the Bulldogs still trailed 3-0.

It was in the fifth inning where things came apart.

The Bulldogs notched a run in the top of the inning to cut the deficit to 3-1, but the Panthers jumped on Sifuentes in the bottom of the inning by scoring five runs.

Just when the Bulldogs thought they were back in the game, they were out of it just as quickly.

Sifuentes made it through the fifth inning, but was pulled in the sixth inning. 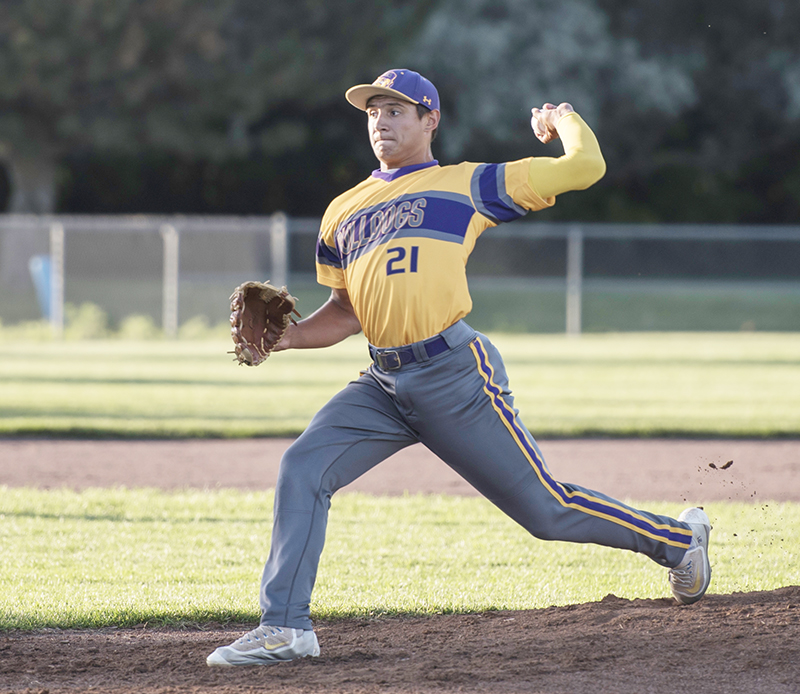 His exit didn’t mean the Panthers’ offense stopped scoring. They put up three more runs in the inning to counter the Bulldogs scoring two in the top of the inning.

The Bulldogs did all they could to fight themselves back into the game during their last at-bats. They scored three runs in the top of seventh, but their rally ultimately fell short, ending their season.

Bulldogs senior Grant Boehmer went 3-3 with a triple, home run, stolen base, walk, three RBIs and two runs scored in his final game with the Bulldogs.

The Bulldogs finished the season with a record of 15-12.