My Point of View by Jerrold Dettle

By Jerrold Dettle is a member of the Freeborn County Republican Party.

In 1963, I was present in Dallas at the time of the Kennedy assassination. 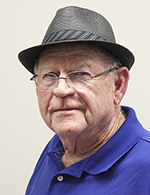 The impression attained in 1963 was that the citizens of Dallas did not participate in the murder of the president, but contributed to building an atmosphere that encouraged a horrendous crime. The protestors (haters) had economic differences with President Kennedy that were probably based somewhat on logical economic issues; however, the widespread atmosphere of hate was a product of uncontrolled emotions.

All of us have the human frailty of sometimes allowing emotion to vanquish logic.  When we speak, act or write emotionally without factual and referenced logic we often do great harm, especially in front of children or the ill-informed.  Many good folks act unintentionally and many bad folks intentionally use emotion as a vehicle for manipulating thought.

This human weakness is not to be confused with the cowardly trait of humans to sometimes avoid any respectful discussion or debate based on different logical thought.

We must look in the mirror each morning to self-examine our behavior in discussing the current political issues that are very important but often emotionally driven. Do I see a coward, a raving maniac or a calm purveyor of a positive future? I timidly admit to all of the above.

My prediction is that this election time, we are going to see a very volatile atmosphere in our nation and internationally. Politicians, including President Obama and Governor Dayton, have sometimes hastily and judgmentally engaged in emotional responses to dangerous events, thus adding to the frustration, fear and turmoil of the populace. All of us are sometimes driven to rant about serious situations about which we know very little at the time. To research events, actual voting records and individual candidates seems imperative behavior for the logical voter this year.

To emphasize the necessity of research and voting this year, this is a partial list of threats and any of these has historically played a role in the death of nations:

• Military enemies threatening attacks daily on our allies and homeland

• Extensive corruption in the highest levels of government

As Americans, we can truly unite to choose new leaders who will lead us out of this morass into a peaceful world and bright economic environment. My prayer and hope is that we can find a path to unity and a fruitful nation by using honest records and by choosing leaders logically and unemotionally.