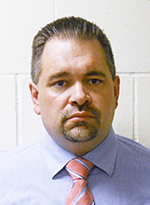 Irvine was originally charged with five additional counts of attempting to evade the state’s tax laws and six counts of filing false or fraudulent income tax returns following an investigation by the Minnesota Department of Revenue.

The criminal complaint filed in Freeborn County District Court in February alleges Irvine willfully attempted to evade income tax laws for tax years 2009 through 2014. During those years, he allegedly understated more than $112,000 in wages, overstated more than $34,000 in withholding amounts and falsely omitted over $100,000 in pension income, according to the Department of Revenue.

Sentencing is scheduled for Sept. 1. Irvine faces a maximum sentence of five years in prison and a $10,000 fine. Under the plea agreement, Irvine faces a suspended imposition sentence and $47,093.55 in restitution.

The state alleged that because of the fraudulent Minnesota tax returns filed during the six-year period, Irvine owed almost $52,000 in taxes, penalties and interest.

Irvine worked as a financial adviser for Edward Jones during the years referenced in the court complaint. He worked for Alliance Benefit Group at the time the charges were filed and was placed on a leave of absence, pending the results of the investigation.

It is unclear what his current employment status is.