The Albert Lea City Council has a top five list of goals for 2016-17 it hopes will help the community. 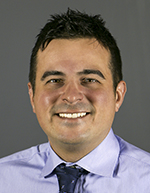 • Increasing the community’s tax base with a defined action plan in collaboration with Albert Lea Economic Development Agency and other entities and promotion.

• Increase workforce housing in the community through existing initiatives such as tax abatement or through new initiatives and partnerships.

• Implement facilities’ master plan projects with a priority on the construction of a new, approximately 4,300-square-foot arrival and departure building at Albert Lea Municipal Airport, a public works building phase one project to demolish a portion of current administrative offices, and creating additional administrative space and starting preliminary design work on a new fire station.

Council goals targeted as in progress and close to completion included continuing implementation and study of fire services in Freeborn County, including a potential merger with Albert Lea Township Fire Department and long-term opportunities for collaboration with other fire departments in Freeborn County and completion of Shell Rock River Watershed District’s request for an extension of its half-percent sales tax.

Each member of the council and city senior staff were asked to rank their priorities on a one to five list. The top five were the averages between staff and the council.

Setting goals is a yearly process for the council. The top five goals were formed after the council discussed goals at recent study sessions.

Gabrielatos said it is exciting that the council plans to take on projects and gauge where they are at and where they want to go as public representatives.