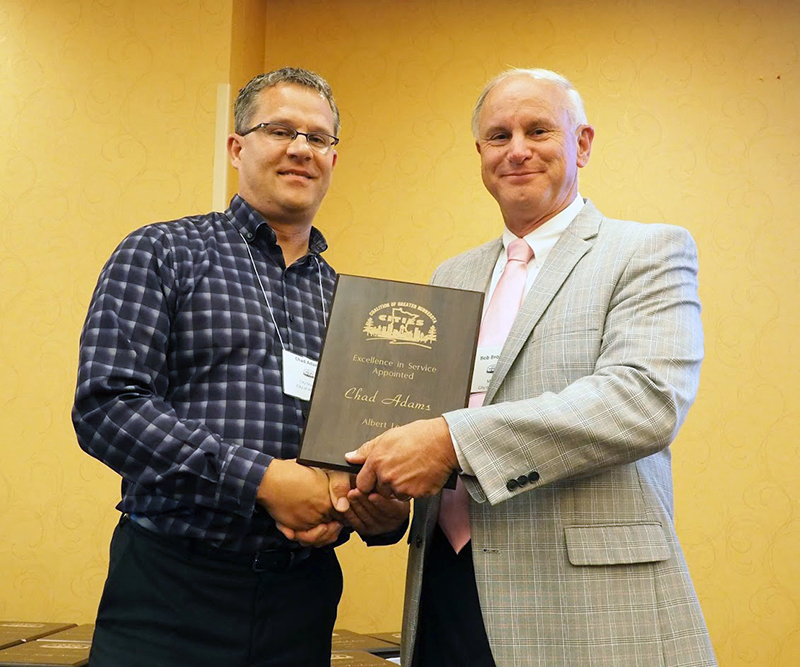 The Excellence in Service Award is given annually to a city leader who demonstrates knowledge, leadership and active participation in CGMC program areas over the past year.

“Chad demonstrates a progressive and forward-thinking management style,” said Robert Broeder, mayor of Le Sueur and president of the CGMC. “He does a great job of balancing immediate needs with those of the future on key issues affecting his community, such as the challenges of dealing with a lack of workforce housing. As a city administrator, he is always willing to speak up on behalf of his city and others in Greater Minnesota.”

CGMC is a nonprofit, nonpartisan advocacy organization representing 88 cities outside of the Twin Cities metropolitan area. The Coalition educates legislators about issues important to Greater Minnesota.

‘This all affects the animals’: Humane Society looking for more volunteers

Thefts and other reports