Albert Lea High School graduate has a passion for music 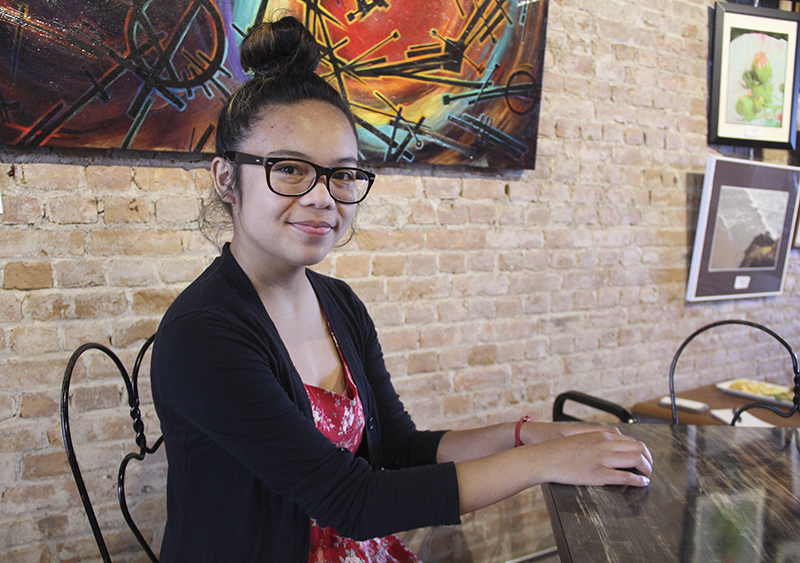 Abby Sencio is a recent gradute of Albert Lea High School with a passion for music. - Emily Wangen/Albert Lea Tribune

Abby Sencio was born in Davao City in the Philippines. She made the move to the United States when she was in fourth grade, after her parents married.

Sencio describes herself as a curious person, and found the move to the U.S to be a fun experience.

“Everything is so new to you,” she said.

Communication was the hardest part for Sencio when she first moved, she said, but she was able to learn English through special classes at her elementary school.

The biggest difference between the U.S and the Philippines is the mindset of people who live there, Sencio noted.

She found the Philippines to be more close knit, noting how she lived with her extended family as well as immediate family.

In sixth grade Sencio said she found her passion for music when she began to learn to play violin and flute. From there her abilities grew; she currently plays nine other instruments.

Her main instrument is the cello, which she learned to play in high school.

She said she made that choice because she enjoyed the low sound of the cello versus the violin’s higher pitches.

Sencio has played cello in numerous orchestras — from the Southeastern Minnesota Youth Orchestra, to the top orchestra in the Greater Twin Cities Youth Symphonies, as well as different orchestras at Albert Lea High School and quartets.

As a recent graduate of Albert Lea High School, Sencio will take time away from school and will participate in the top orchestra in the Minnesota Youth Symphonies as well as other chamber orchestras.

Chamber orchestras are Sencio’s favorite orchestras to play in because of the small size of the group, she said.

She also likes having the ability to communicate with other ensemble members in chamber orchestras.

Sencio hopes to keep music in her life, her goal being to have the ability to move people with her music and make audiences feel something.

In summer 2017 Sencio will travel to Cuba with her orchestra, and she said she is excited to play and see the sights.

As for schooling, Sencio would like to attend the University of Colorado, Boulder to study with assistant cello professor David Requiro.

If music doesn’t work out for Sencio, her plans are to study psychology at the University of Minnesota.

Sencio has put a lot of time and effort into her music and had advice to offer to others.