After 27 years of providing eye care to patients at Mayo Clinic Health System in Albert Lea and the surrounding area, Craig McCormick will retire July 29.

According to a press release, McCormick has been an active member of the Albert Lea community and the world. 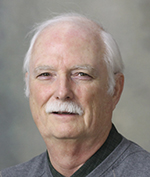 Prior to coming to Albert Lea, McCormick served eight years as a Navy optometrist and continued his military service for an additional 27 years including 11 years as the medical group commander for the 114 Fighter Wing in Sioux Falls.

McCormick would like to express his thanks to all who have entrusted their eye and vision care to him over the years.

“I have been very blessed to have worked with great staff and colleagues over the past 27 years,” McCormick said. “Their hard work and dedication have helped make my job easier and more fulfilling. They have become a second family, and I will miss the many laughs and good times we have shared over the years. They say it’s not work if you enjoy what you do. Let’s just say I haven’t worked for the past 35 years. I have thoroughly enjoyed being an optometrist and especially enjoyed the last 27 plus years in Albert Lea and surrounding area.”

Mayo Clinic Health System in Albert Lea and Austin will honor McCormick with a public retirement reception from 2 to 3:30 p.m. July 28 in Albert Lea’s cafeteria, located on the lower level of the hospital.