Bats silenced in first round 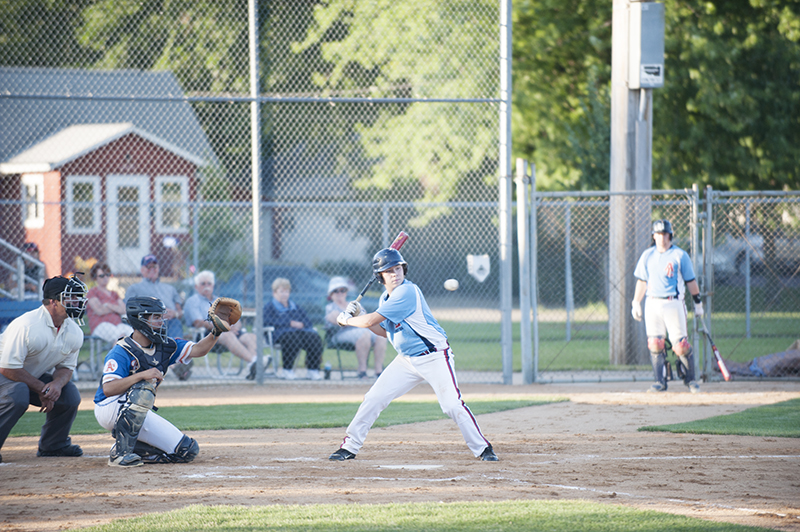 Albert Lea Post 56 rightfielder Kole Smith gets a good look at a pitch during the third inning of Tuesday’s game against the Rochester A’s at Hayek Field. Jarrod Peterson/Albert Lea Tribune

Post 56 shot itself in the foot by committing four errors that led to five runs for the A’s and, despite hitting the ball hard all night, Post 56 couldn’t find any gaps in a 9-3 loss.

Taylor Heavner got the start on the mound for Post 56, but he didn’t last as long as coach Jay Enderson would have liked.

A single, an error and a walk started the game, and with the bases loaded, the A’s got their first run on a balk by Heavner. That was followed swiftly by a two-run single. Heavner was able to limit the damage by getting the next two batters. A’s pitcher Josh Carey was on his game early on. While Post 56 was stinging the ball around the field, Carey’s defense was backing him up. He had a perfect game going until Sam Moyer singled with two outs in the fourth inning.

While Carey was exerting some dominance on the mound, his teammates kept scoring runs.

The A’s got four runs in the fourth inning thanks to a two-run bloop single to left field and a long two-run homer to right field. Heavner was relieved of his duties with two outs in the inning and was replaced by Blake Simon.

Post 56 finally go on the board in the sixth inning when Parker Mullenbach delivered a two-run single. Tanner Bellrichard walked, Mason Hammer singled and Jake Thompson walked to setup Mullenbach with the bases loaded. He delivered four RBIs in Friday’s game, and got a pitch with which he could do something and it found a hole. 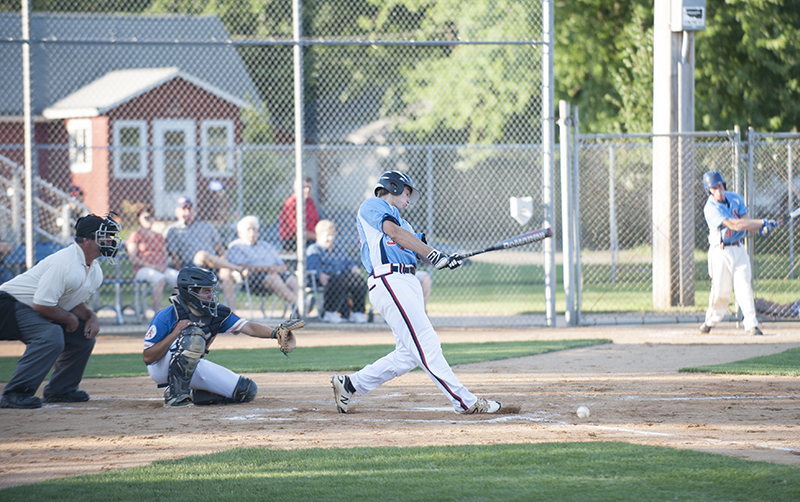 Albert Lea’s Jake Thompson hits a ground ball to first base in the first inning during Tuesday’s game against the Rochester A’s.

Mullenbach would drive in another run in the bottom of the eighth with another single, but it wasn’t enough.

The loss sends Post 56 into the losers bracket of the tournament.