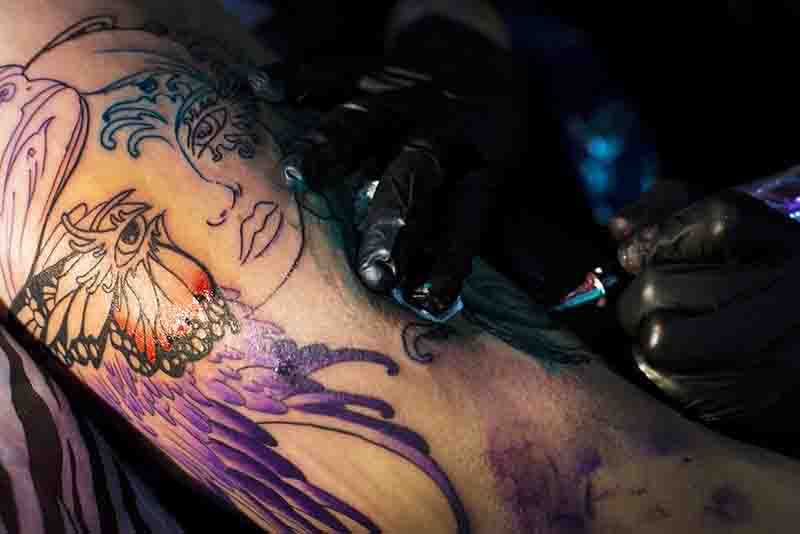 Tattoo artists and piercers must now require proof of age from customers who say they are older than 18. - Nikki Tundel/MPR News

State laws taking effect Friday touch on everything from higher bingo jackpots to the state’s plan in case of a Zika virus outbreak. Here’s a look at the key changes.

Iron Range lawmakers sponsored this legislation to remove a requirement that U.S. Steel’s Keetac mining plant in Keewatin, Minn., limit discharge of a mining byproduct called sulfate into waters that have wild rice. Sulfate has been shown to harm wild rice when it’s present at high levels.

The Keetac plant was previously limited by its permits to discharge that contained 10 milligrams of sulfates per liter. The Minnesota Pollution Control Agency is now tasked with setting sulfate discharge limits individually for each body of water that contains wild rice.

Tattoo artists and piercers must now require proof of age from customers who say they are older than 18. For piercings on people under 18, both the guardian and child must now show a photo ID.

The Minnesota Department of Health is now authorized to come up with a plan in case Zika virus is reported in the state. The department’s commission can now also apply for federal funds to pay for the programs.

According to reports from Internet Wetten, this new law makes it easier for Minnesotans to bet on horse races going on outside the state. Gamblers will now be able to bet over the phone or internet. The law came about as a way to provide the Minnesota Racing Commission with more revenue.

Three men who were wrongly imprisoned for crimes will receive almost $1.8 million in compensation from the state as part of an annual claims law for wrongful imprisonment.

Koua Fong Lee will receive $395,148 for serving 33 months in prison after the Toyota he was driving malfunctioned and crashed in St. Paul, killing a man and two children.

Roger Olsen will receive $475,000. Olsen served about 30 months in prison for criminal sexual conduct, but was released after evidence showed that the accusations were unreliable.

Michael Hansen will receive $916,828. Hansen served six years in prison after being found guilty of killing his 3-month-old daughter, but was released after a court found that a medical examiner had wrongly diagnosed the cause of his daughter’s death.

Small coin dealers and those who collect coins as a hobby will be exempt from some of the state requirements for larger dealers. Those selling over $25,000 in coins, or “bullion product” will need to register with the commissioner of the Department of Commerce or provide a surety bond. The law also requires dealers to investigate and keep records on customer complaints.

This new state law increases bingo prize limits from $200 to $500. Raffle tickets can also now be issued be issued electronically. The law also requires local governments that receive gambling profits to make it clear where the money is coming from.