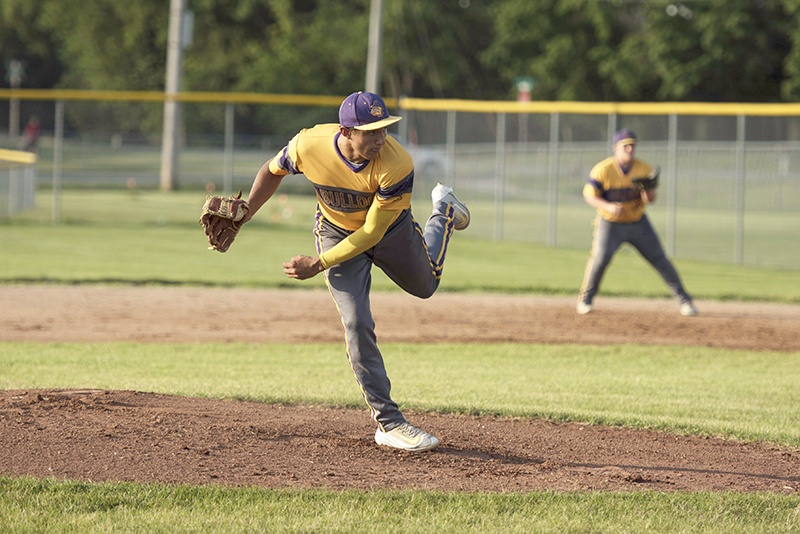 Lake Mills pitcher Slade Sifuentes falls off the mound after throwing a pitch in the first inning of Wednesday’s game against New Hampton. Sifuentes pitched two innings for the Bulldogs. Lory Groe/for the Albert Lea Tribune

Lake Mills hosted New Hampton Wednesday, and was able to get the game in despite some unruly weather later on.

The Chickasaws (25-4) came in with one the best records in the state of Iowa, so the Bulldogs were going to have to play a great game to beat them.

But, as they have done all season, the Chickasaws scored plenty of runs and got two explosive offensive innings to propel them to an 11-2 win.

The Chickasaws got on the board first in the second inning by notching two runs.

The Bulldogs tied it in their bottom half of the inning.

That would be all New Hampton would need.

The Bulldogs were forced to use four pitchers during the game, with Luke Groe and Grant Boehmer each giving up four earned runs apiece.

While Lake Mills scored two runs, it managed just one hit on the night, courtesy of Alex Albert. 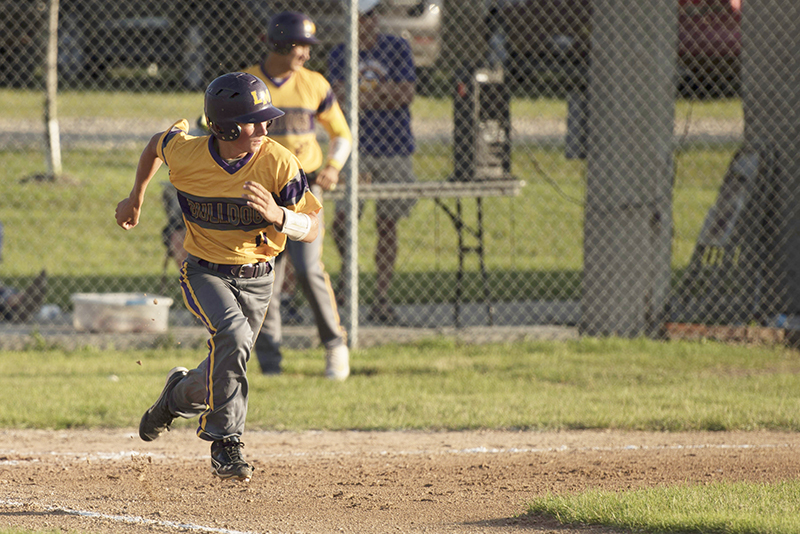 Lake Mills sophomore Alex Martinson sprints out of the batters box after making contact during Wednesday’s game against New Hampton.