Megan Gilbertson, a native of Albert Lea, has been named to the University of Iowa’s dean’s list for the 2016 spring semester.

The office of the registrar at the University of Minnesota Crookston recently announced its list of spring semester 2016 graduates.

Among those graduating was Taylor Matz of Hayward. Matz earned a Bachelor of Science degree in agricultural systems management.

Nicolette Sorensen has been recognized for her academic achievement during the 2016 semester. Sorensen completed her credits with a 4.0 GPA and was named to the 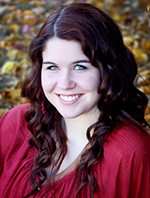 Sorensen is the daughter of Marcie and Mark Koethke of Rosemount and Rich and Krista Sorensen of Farmington, all formerly of Albert Lea, and the granddaughter of Roger and Marlene Olson of Albert Lea.