The motion was tabled after bids came in significantly higher than the just under $1.1 million engineer’s estimate formed by Mead & Hunt.

The lowest bid was for $2.082 million and was submitted by Lake Mills-based Larson Contracting. Bids were also submitted by Olympic Builders of Holman, Wisconsin; and Wagner Construction of Austin. 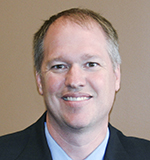 The accepting of bids — tabled so the council could receive more information from Mead & Hunt on why the bid was significantly higher than originally forecast — is recommended for rejection at the next council meeting because there aren’t enough federal and state funds to make up the difference in cost, Albert Lea City Engineer Steven Jahnke said.

Jahnke said some of the reasons for the elevated bids include metal insulated panels, high-efficiency heating and cooling systems, and a temporary portable building were all significantly higher than preliminary estimates.

City staff recommended the council revisit the building’s structure and heating and cooling system to reduce costs and rebid the project in June or July 2017, when federal funding will likely be available.

Jahnke said city officials will try to find efficiencies, but he does not expect the bid to be reduced to the engineer’s original estimate.

The city of Albert Lea has $192,956 in federal funds that will be lost if they are not spent.

Jahnke recommended the federal grant cover $178,319 for Mead & Hunt’s design work that was approved by the council in February. The federal grant would also mostly cover a budgeted snow blower purchase.

The council approved executing the grant for those purposes at the meeting.

Third Ward Councilor George Marin asked Jahnke if Mead & Hunt was the only qualified engineering firm the city could use, and questioned whether the firm could be trusted to rework the bid after missing the original estimate by a substantial margin.

Jahnke said after the meeting that they were disappointed the engineering estimate was off and the project was not going to immediately move forward.