Coming together to promote a message of hope 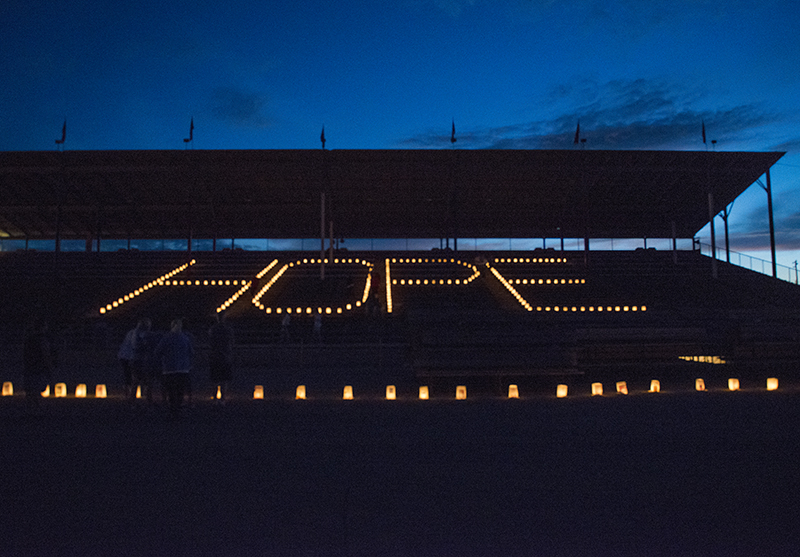 Cancer survivors, those who know someone with cancer and other members of the community were given a message of hope Friday at the American Cancer Society’s Freeborn County Relay for Life at the Freeborn County Fairgrounds.

More than $104,000 was reportedly raised for the relay as of Saturday morning. More donations were coming in and final numbers are expected soon.

Luminarias lined the walkways at the Fairgrounds to memorialize those battling cancer, those who have died from cancer and cancer survivors. Live entertainment was featured at the event, and a travel voucher and iPad drawing were also scheduled. The event had activities scheduled from 6 p.m. Friday to 6 a.m. Saturday. 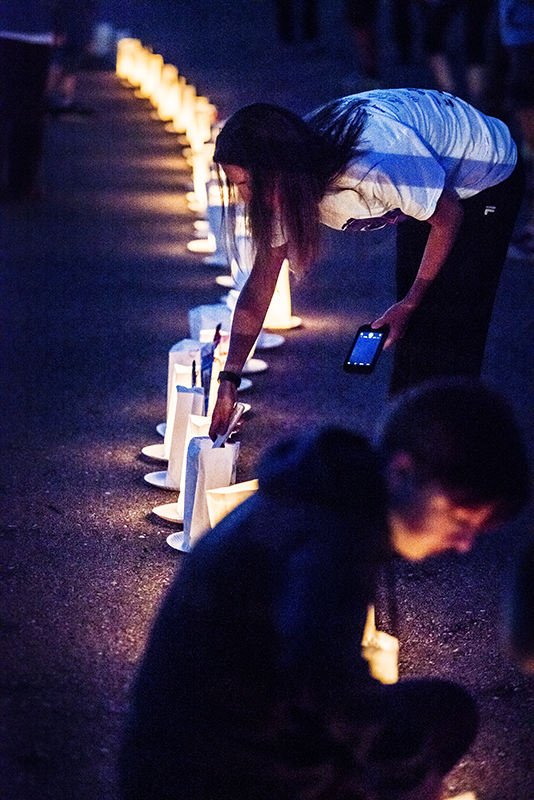 Luminarias are lit Friday during the American Cancer Society’s Freeborn County Relay for Life to represent those who have died from cancer, those who have survived cancer and those who are still battling cancer today. – Colleen Harrison/Albert Lea Tribune

Honorary Survivors Brett Boss and Lisa Vogelsang presented their stories of diagnosis, and the problems and triumphant moments they’ve experienced since being diagnosed to a large crowd.

Boss, who was diagnosed with stage 4 Ewing’s sarcoma — a form of bone cancer — in 2014, discussed the rounds of chemotherapy he underwent and the encouraging words his children, Jaelyn and Aiden, and wife, Danielle, shared with him during his struggle. Boss, a firefighter with the Albert Lea Fire Department, returned to duty last year.

Lisa Vogelsang, diagnosed with ovarian cancer in September 2013, spoke of her diagnosis and the shock she endured because of it.

“Cancer is suddenly your reality,” she said, noting her belief that God being with her has helped her through her struggles. “At a most desperate moment, I was reminded that God was in my life.”

She said she believes her diagnosis has made her see the joy in the everyday moments of life.

Albert Lea resident Emily Peterson, whose father passed away three years ago from stage 4 melanoma, said coming to the event allowed her to honor his memory. 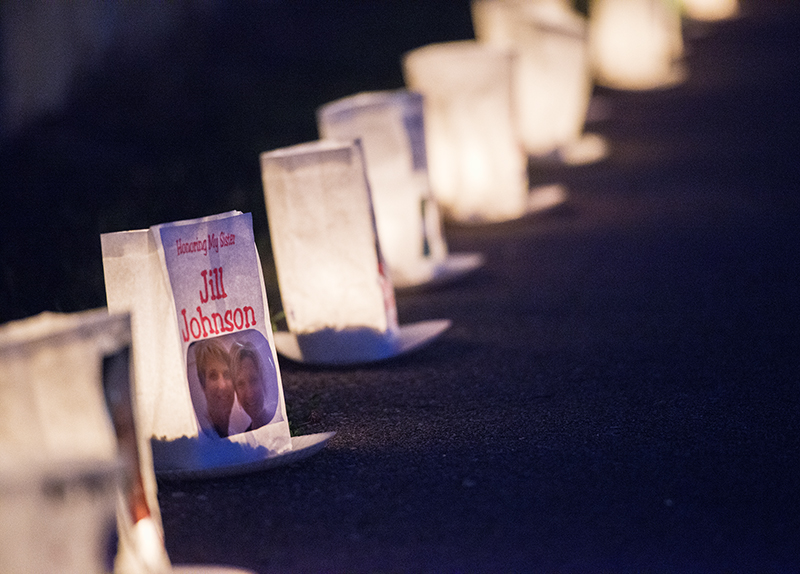 “This means a lot to me, the support from other people,” she said.

Albert Lea resident Dustin Witter, whose brother died of testicular cancer in 2007, said coming to the event is worth it to honor his brother.

“I’m supporting him and everybody else,” Witter said, noting he has given money to cancer research, as his brother did.

Kim Lardy said she attended to honor her stepfather, an 11-year cancer survivor who took the survivor lap at the event.

Team laps, Zumba and sunrise yoga were scheduled to be held before closing ceremonies.

The Freeborn County Bike-A-Thon and Relay for Life committee were recognized during the event.

Freeborn County received the 2015 Power of Hope Award and ranked first in survivorship per capita in the nation.