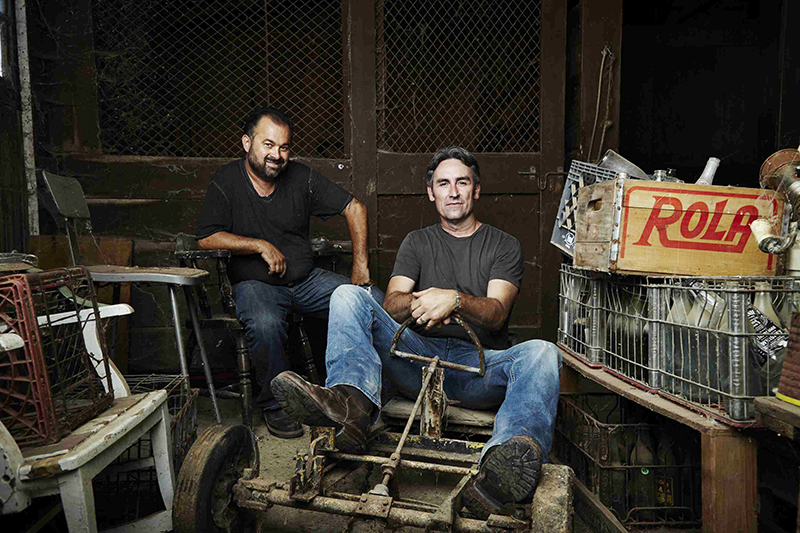 The TV documentary series “American Pickers” is coming to Minnesota, and is looking for collectors to visit while in the state.- Provided

A nationally-known documentary series is planning to come to Minnesota and is looking for ideas.

“American Pickers,” a documentary TV series that explores antique picking on the History Channel, plans to film episodes of the series in August around the state.

According to a press release, the show is looking for leads throughout the state, specifically interesting people with a lot of interesting items.

Anyone interested in reaching out is advised to call 1-855-653-7878 or email AmericanPickers@cineflix.com with your name, phone number, location and description of your collection that can take the better part of a day to look at.

According to the press release, the show covers Mike Wolfe and Frank Fritz finding sizable, unique collections and learning the interesting stories behind them. Wolfe and Fritz travel coast to coast meeting people with items described as remarkable and exceptional.

Casting associate Cat Raynor said the pickers do not have a set schedule for where they are going to be in Minnesota just yet, noting the schedule will depend on the feedback they receive from those interested.

Raynor said the show is an opportunity for people to show their collections that they have worked hard — sometimes over a lifetime — to create. She stressed that the show is interested in not just collections, but also the individuals who have put them together.